With the first primaries in Iowa fast approaching, a candidate’s appeal can be measured by the popularity of their social media platforms. While Donald Trump is out in front with his “Let’s Make America Great Again” campaign that has overshadowed all of the other campaigns in all forms of media, there are some making stronger cases than others in social media.

The “Hemingway of 140 Characters,” Donald Trump invests a lot into his social media platforms. He uses the platforms to attack rivals across all aisles, highlight favorable poll numbers, and make the case that he can make America great again. The message is focused and full of a single concept: winning. Trump’s current status is indeed that of a candidate that’s winning. At 35.3%, his national poll averages are 15.3% higher than his closest competitor Ted Cruz. In the Social Media stratosphere, he’s similarly unrivaled, with his only competitor being Ben Carson’s 5.03M likes on Facebook, which almost reaches Trump’s 5.19M.


The appeal to Trump’s candidacy and social media is wrapped in a public engaged with Trump’s celebrity outsider status and hyperbolic rhetoric that make waves on daily news cycles. He is also clearly very hands-on with his twitter handle that is trademarked with Trump’s brash opinions and disregard for political correctness or party platforms.   Trump’ uses Twitter extensively – He updates every couple of minutes with biting responses to rivals and news stories, announcements of public appearances, boasts of favorable poll numbers, and to thank his supporters. Trump’s twitter account is the life pulse of his digital campaign, and news stories are written daily about his every comment.

Trailing Trump in the average polls nationally by 15 points, Ted Cruz does however currently have a 4-point lead on Trump in the crucial first caucus in Iowa. He brands himself as an “outsider”, albeit the family-friendly alternative to Trump.  Cruz’s Twitter handle has been giving a day to day update of the Cruz campaign on the ground in Iowa. Unlike Trump, Cruz uses social media more as an advertisement to announce stops on the campaign trail. He also posts videos of successful rallies and town hall meetings in Iowa. Occasionally, Cruz’s voice comes through to thank his family and supporters or to respond to a trending news story.

Marco Rubio is running as the candidate who claims he can unite the party. With a firm stance on immigration and gun control, Rubio is currently polling in 3rd place with 11%. Rubio strikes a balance between personal and advertisement in the world of social.  A lot of the personal voice takes aim at Hillary Clinton, while the advertisements reassert party platforms. On occasion, Rubio will multi-tweet a long statement to specific trending political stories – like a five-part tweet in response to nuclear activity in North Korea. Additionally, the twitter plugs tv ads, contests, and keeps to his campaign’s core message.

Ben Carson’s campaign is seeing a recent downturn for the last few months with his national numbers at 9.7%. Despite that, he’s one of the most successful candidates in the social media universe with over 5 million likes on Facebook and 1 million on Twitter.  The Carson campaign’s social media casts him as a Washington outsider who seeks to sell himself as a healer with his campaign slogan being “These Hands Heal”. This results in a much softer twitter campaign, with a lot of the more personal statements stressing love and camaraderie on the campaign trail. Rare is there a direct attack on any opponent, with “warm and fuzzy” being apt descriptors.

Chris Christie is seeing a revived interest in his campaign after an impressive undercard debate. Polling nationally at 4.7%, he’s currently running neck and neck for third place in the early primary state of New Hampshire with 11.4%. Christie’s twitter handle is updated regularly and sees Christie advertising campaign slogans and taking shots at Marco Rubio and Hillary Clinton. In some instances, there’s a “personal voice” that takes short but divisive rebuttals against the current administration, but even those are restating things that Christie has said in other sound bites. It’s effective, but not “personal” in the same way that Trump is personal.

Casting himself as the establishment figure to take on Donald Trump, Jeb Bush uses twitter to both be openly critical of the leader of the race, and to reassert party platforms. Bush uses his twitter handle to go on the offensive against the Obama administration and to remind people that he’s a Bush. Recent personalized tweets have seen him congratulating his parents on their anniversary and pictures of him and his brothers and parents when they were younger. Like the other candidates there are advertisements of his popularity in early states, New Hampshire in particular.

The sole isolationist in the race, Rand Paul is struggling to stay on the main stage in the next Republican Debate. Paul’s twitter focuses on raising money, his appearances on television, and polling. Like Jeb Bush, he is also on the offensive with Trump, taking every chance to cast him as the chaos candidate. He also uses twitter to dismiss unfavorable polls as inaccurate.

As the only woman in the GOP field, Carly Fiorina looks to be the Republican’s response to Hillary Clinton. Fiorina’s twitter feed pits her against Hillary more frequently than any other in a general matchup. It also has personal messages about her opinion on many of the Republican platforms. After Trump, Fiorina’s twitter feed feels the most personal and engaging as she brands a constant appeal to Republican women.

The Governor from Ohio, John Kasich is just barely making the national polling, but like Christie sees a chance for a strong showing in New Hampshire. Kasich uses his twitter to inform voters of his upcoming television spots, and to tote rising poll numbers in New Hampshire. It also showcases clips of town hall meetings and round tables in the early states. Most of the twitter feed are retweets and rarely does a personal voice come through.

Social media is where its at. All polls numbers are taken from Real Clear Politics. 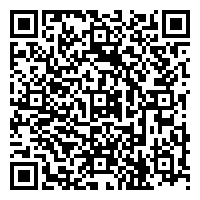