The Likud party is getting ready to cancel the primary elections for the role of Likud chief—in keeping with the party’s constitution, Ma’ariv reported Sunday. The vote was expected to take place on February 23, but only if the sum total of candidates will exceed 1. Well, as of Sunday, only one qualified candidate has announced his intentions to run — the incumbent, one Benjamin Netanyahu, who is also Israel’s Prime Minister, Foreign Minister, Communications Minister, Regional Cooperation Minister, Deputy Economy Minister, and until Sunday morning Deputy Interior Minister.

According to the Likud constitution, should only one candidate declare his intent to run for the Likud leadership by the end of the registration period, meaning Sunday, the Likud central election committee will convene inside three days to declare this one candidate Chairman of the Likud and the party’s candidate for Prime Minister come the 21st Knesset elections — and no primaries.

The reason is that primaries cost millions, and there’s really no point in spending that kind of money on voting for just one guy. Likud Center Chairman, Minister Chaim Katz, supported canceling the primaries. Back on December 30 Netanyahu declared his intention to conduct the vote early and his suggestion received a large majority.

Despite all of the above, Likud officials are worried about a lawsuit should they opt to cancel the vote. They should probably just pick someone to run against Netanyahu, for the sake of appearances. The only problem is: what if that someone ends up winning? 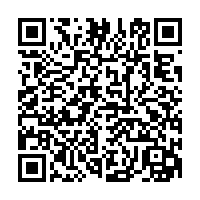