The Guardian has once again published a report on terror attacks with a headline that not only focuses on the fate of those who initiated the violence, but fails to even inform readers that the Palestinians were killed only after attempting to attack Israeli security forces.  The Guardian’s version of an Associated Press (AP) report, on multiple terror incidents in the West Bank, published earlier in the day, led with this headline:

It’s only in the strap line, and then in the opening passage, that we’re told Israeli security forces were under attack before the Palestinians were shot.

Tellingly, the original AP article (which included information on additional terror incidents during the day) did in fact note in the headline that the Palestinians killed were “attackers”.

Remarkably, even Al Jazeera’s headline accompanying their own report on attacks in the West Bank that day managed to note that the Palestinians died while carrying out ‘alleged’ attacks.

See here for additional examples, at other media outlets, of egregiously biased or inaccurate terror-related headlines. 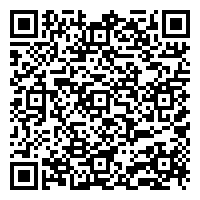