Jerusalem police foiled an attempted terror attack Tuesday morning at the Damascus Gate entrance to the Old City of Jerusalem.

Police stationed at the gate noticed a suspicious-looking Arab hanging around the area and approached to question him.


They discovered the 26-year-old man, a resident of the Palestinian Authority city of Jenin, had a knife hidden up his shirt sleeve.

“The alertness and operational skills of the officers prevented an attack on security forces and innocent bystanders,” said the commander of the post, praising the officers.

The suspect was arrested and transferred to security personnel for further questioning.

It was the third straight day in which an attempted terror attack was thwarted by police in the same location. 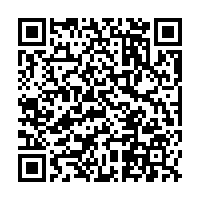