There already is a sovereign Palestinian state.

A sovereign state (or simply state) is classically defined as a state with a defined territory on which it exercises internal and external sovereignty, a permanent population, a government, and the capacity to enter into relations with other sovereign states. It is also normally understood to be a state which is neither dependent on nor subject to any other power or state …

In political science, sovereignty is usually defined as the most essential attribute of the state in the form of its complete self-sufficiency in the frames of a certain territory, that is its supremacy in the domestic policy and independence in the foreign one. — Wikipedia

No, it is not the “Palestinian Authority,” which has “supremacy in domestic policy” only in part of the territory it claims (areas A and B), and does not have independence in foreign policy anywhere.

Rather, Palestine exists in the Gaza Strip, sometimes called Hamastan. It is a well-developed Islamist state, with an army, a court system and a real economy. With the rise of the Muslim Brotherhood in Egypt and the implosion of the Syrian regime, the Gaza-based Hamas leaders have now taken full control of their state. Jonathan Spyer tells us:

First, the Gaza leaders possess power, a key element that their rivals lack. They hold real political and administrative power and control over the lives of the 1.7 million inhabitants of Gaza and of the 365 square kilometers in which they live. Second: the upheavals in the Arab world — and specifically the civil war in Syria — have served to severely weaken the formerly Damascus-based external leadership, depleting the value of the assets they held in the competition with the internal Gaza leaders.

The nature of the regime created by Hamas in Gaza, and its strength and durability, has received insufficient attention in the West. This may have a political root: Western governments feel the need to keep alive the fiction of the long-dead peace process between Israelis and Palestinians. One of the necessary components of this is pretending that the historic split between nationalists and Islamists among the Palestinians has not really happened, or that it is a temporary glitch that will soon be reconciled. This fiction is necessary for peace process believers, because it enables them to continue to treat the West Bank Palestinian Authority of Mahmoud Abbas as the sole representative of the Palestinians.

But fiction it is. An Islamist one-party quasi-state has been built in Gaza over the last half-decade. The prospects for this enclave and its importance in the period ahead have been immeasurably strengthened by the advances made by Hamas’ fellow Muslim Brotherhood branches in Egypt and elsewhere in the region.

Hamas has created a unique, Sunni Islamist form of authoritarian government in the Gaza Strip. It has successfully crushed all political opposition. It has created a security system in which a movement militia, the Qassam Brigades, exists alongside supposedly non-political security forces which are themselves answerable to Hamas-controlled ministries. It has imposed the will of the Hamas government on the formerly PA-controlled judiciary, and has simultaneously created a parallel system of Islamic courts. [my emphasis]

There will not likely be a unification of the Gaza Strip with the Arabs of Judea/Samaria under the control of the PLO, which is weak, corrupt and generally hated. ‘Unity’, if it happens, will be a Hamas takeover.

First, to treat Hamastan as a hostile neighbor state, not a part of the Oslo-defined Palestinian Authority. It’s probably well past the time that Israel should continue to supply water and electricity to an enemy that almost daily fires rockets into its territory. Israel must not take any form of responsibility for Gaza.

Second, to assume that any independent entity in Judea/Samaria is likely to come under Hamas influence and to insist on maintaining control of at least those parts of the areas that are critical to security, such as the Jordan Valley, the high ground overlooking Israel’s coastal plain, etc. 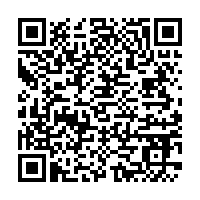