The latest estimate is that about 27 trillion gallons of water fell from the skies. That’s 27 followed by 12 zeroes. That’s the contents of 41 million Olympic-sized swimming pools. At 23 cubic miles of water, that’s roughly twice the water volume of all the lakes in New York State, a state richly endowed with very large and deep lakes, such as Lake Champlain and Lake George, the Finger Lakes (there are 11 of them) and Lakes Oneida and Chautauqua.


27 trillion gallons weighs 108 billion tons. In 2012, there were about 183 million “light-duty, short-wheel-base” vehicles in the United States, a figure including automobiles, SUV’s, pickup trucks, et cetera. At an average of slightly over two tons each, they collectively weigh 400 million tons. It would take a vehicle fleet 270 times as large to equal the weight of water that fell on Houston and environs. (It is estimated that about 1 million vehicles were damaged or destroyed by the flooding).

And all that water was evaporated from the Gulf of Mexico by the power of the sun. It takes 2,246 kilojoules of energy to evaporate one kilogram of water (roughly 1/4 of a gallon). Multiply 2,246 by 27 trillion times 4, and the amount of energy involved is titanic. The energy released by the North Korean bomb test is like a lit match to the great Chicago fire in comparison.

In the last 10,000 years, the human species has transformed planet earth for its own purposes far more than any other in world history, but nature is still utterly untamed. As Rachel Carson explained, “The control of nature is a phrase conceived in arrogance, born of the Neanderthal age of biology and the convenience of man.” 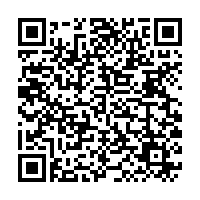