On Friday, Sept. 1, United Hatzalah and Israel Rescue Coalition’s (IRC) Houston relief team headed to Beaumont at the request of Houston Mayor Sylvester Turner. After distributing aid to evacuated residents of the area, the team set up a booth at Jack Brooks Regional Airport, located between Beaumont and Port Arthur, two of the hardest hit areas by Hurricane Harvey.

Evacuees were brought on buses to the airport for care and to receive supplies before being sent by plane to a long-term evacuation center.

“We treated many people who had just been evacuated and were en route to their next long term location as well as many first responders, members of the National Guard, and EMS crews.”

Tennenbaum is a registered EMT with United Hatzalah and one of the more senior volunteers with the organization’s Psychotrauma and Crisis Response Unit. He is a also a board-certified addiction professional and directs JNARS, a nonprofit organization for advancing the professional treatment of addiction disorders.

“We arrived in Port Arthur and met dozens of brokenhearted people who were evacuated with nothing but the shirts on their backs,” Tennenbaum said.

“We were able to bring some light into their dark experience and help them move forward to the next leg of their journey. We also offered critical emotional support to exhausted EMS personnel who were working around the clock to rescue those surrounded by floodwaters.

“The military, National Guard, EMS crews, and good Samaritans who were volunteering to help their fellow Texans were extremely grateful for our presence. We kept receiving hugs, blessings, and photo requests. But most incredible were the stories people shared with us.

“Part of the job here is to listen. We heard some unbelievable stories from people and we allowed them to cry and share their stories of how they evacuated babies on floating air mattresses and saw human organs floating in the floodwaters. Other stories included people going for three days with no water or food, or facing dangerous snakes that entered homes via the floodwaters. People kept telling us how they simply woke up to water surrounding their bed in the morning.

“The stories were simply endless and our job is to listen and provide psychological and emotional support and that is what we did.”

Among the volunteers assisting in the evacuations were pilots and EMS teams, many of whom had been working non-stop.

“And the first responders need to talk and offload the stress of their experiences. Over the course of the weekend we were able to treat several pilots and EMS crews, all of whom couldn’t stop thanking us.”

“Shabbat was a bit of challenge for us,” said team leader Miriam Ballin, “as we were not able to leave the area to get back to Houston due to the high waters on the roads. So we stayed in the airport and continued helping people. One flight paramedic eagerly invited herself to our Shabbat meal and shared with us some incredible stories.”

“It’s been a memorable few days and we merited doing great things here. We hope to continue our efforts,” said Tennenbaum.

By Sunday afternoon, some 2,500 evacuees had made their way to the mega-shelter set up for them at the Dallas Convention Center. At the center, all the services evacuees would need for their long-term stay until they return home were being provided. Police, fire and rescue services, social services, EMS, hospital teams, and even day care services were on hand, as were three volunteers from the Israel Rescue Coalition and United Hatzalah’s Psychotrauma and Crisis Response Unit.

“Our team is working together with the Red Cross, the psychological department of the hospital team that is here, and with the children’s department,” explained Einat Kauffman, a psychotherapist and Ph.D. candidate who specializes in treating grief and loss.

“Today we focused primarily on working with the children,” said Kauffman. “What really moved me was to see how fast the children understood what was happening around them. Whenever we asked them where they lived, they responded by pointing at a bed nearby and saying ‘This is my bed, and over there is my parents’ bed.’ It was quite sad on the one hand, but also simply remarkable to see how quickly they adjusted.”

Team members attempted to get the children to release some of their frustration and anxiety via play aimed at helping them internalize their new situation.

“We worked with children from ages two to eleven and had them recreate for us how their homes looked by using Play-Doh and by drawing on the floor with chalk,” said Kauffman.

“This helped them express their feelings of loss and we were able to work from there. Some children spoke about their pets that were lost, others talked about being separated from other family members. Our goal was to get them to open up about what they were feeling in a non-threatening and positive manner in order to be able to begin processing their feelings.”

Team leader Ballin noted the team was instrumental on both ends of the trip.

“We had people at Jack Brooks assisting with the process of preparing evacuees for departure to Dallas. Then our team in Dallas had people ready to welcome and help the evacuees at the other side. It was a highly effective process and we were able to help many people.”

Kauffman said the teams were notified that thousands of additional evacuees were expected at the mega-shelter over the next few days – many of whom will be suffering the same shock and disillusionment those already present at the shelter were experiencing – and that IRC and United Hatzalah’s Psychotrauma and Crisis Response Unit will be on hand, working with them one person at a time and in small groups. 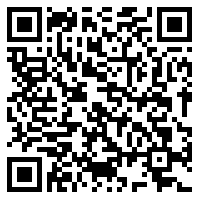