(JNS) Rasmea Odeh, a terrorist convicted of a bombing attack that killed two Jewish students in 1969, was banned from speaking at an event in Berlin set to take place on March 16. Berlin authorities cited the Residence Act, which curbs the political activity of a foreigner if it endangers the peaceful coexistence or public security. However, while German authorities took a strong stance against Odeh, the government has so far refused to declare Hezbollah a terrorist organization.

“Offering a public speaking role to a Palestinian terrorist convicted of murder, terrorism and immigration fraud legitimizes anti-Semitism at a time when we should be condemning it,” U.S. Ambassador to Germany Richard Grenell told JNS. “I joined a chorus of others who raised their voices in Berlin standing against anti-Semitism, no matter where it’s found.”


Benjamin Weinthal, fellow for the Foundation for the Defense of Democracies Fellow, credited Grenell with influencing the decision of the German government to ban Odeh and revoke her visa to the Schengen area—a move that Odeh and her supporters are now legally appealing. According to the B.Z. newspaper, Odeh gave a 20-minute speech via video at a Berlin protest event on Wednesday night, March 27, and ended her speech with “honor all martyrs.” The origins of the video are unclear.

Weinthal wrote in The Jerusalem Post that Grenell’s widely circulated criticism of the event, supplemented by statements from the Israeli Embassy in Berlin and pro-Israel human-rights groups, played a role in the ruling on Odeh.

In an interview published in JNS.org, Grenell spoke of his efforts to encourage Germany to back away from the 2015 Iran deal (formally the Joint Comprehensive Plan of Action, or JCPOA) revoked by the Trump administration—a stance that has irked the political brass in Germany, which continually seeks to work around U.S. sanctions. Grenell is also credited with playing a role in preventing the flow of some 300 million euro [$345 million] out of Germany to Iran and with Germany’s denial of landing rights to Mahan Air, the Iranian airline known to fly Islamic Revolutionary Guard operatives, weapons and funds to support Iranian terrorist proxy groups.

It follows that Grenell is naturally a strong advocate for the complete banning of Iranian-backed Lebanese terrorist group Hezbollah in Europe. In 2013, Germany advocated the banning of Hezbollah’s military wing by the European Union, but, drawing a distinction, the political wing still remains in play.

“Hezbollah has been designated as a terrorist organization by the United States since 1997, and even its own leaders acknowledge that there is no separation of its so-called ‘military’ and ‘political’ wings,” Grenell told JNS. “Hezbollah is a terrorist organization that acts as an Iranian proxy to conduct terrorist plots, assassinations, and attacks around the globe. We encourage all our partners in Europe to recognize that fact and take action.”

In the embassy’s diplomatic engagements with German officials regarding Hezbollah, it lays out a number of Hezbollah terrorist activities in Europe, starting with the 1985 Hezbollah bombing of a number of soft targets in Paris, resulting in 12 dead. More recently, in 2018, authorities in Belgium, France and Germany arrested several Iranian operatives, including an Iranian government official, in a plot to plant a bomb to disrupt a political rally in Paris. In Denmark, Iran tried to assassinate an Arab separatist leader living there.

The Israeli Embassy in Berlin is also among the diplomatic, non-governmental, and Jewish rights groups applying pressure.

“The embassy has been making ongoing efforts with the German government and other relevant counterparts in order to promote and achieve the desired results regarding Hezbollah,” the Israeli embassy spokespersons office told JNS. “Some of these efforts are made discretely and some include statements to the press.”

In a statement to JNS, German diplomats from the Foreign Ministry offered reasoning behind its position on Hezbollah, referring to a March interview by Minister of State Niels Annen with Der Spiegel, in which he stated: “We are very interested in a stable Lebanon. Hezbollah’s terrorist activities endanger this stability, as does its struggle for the Assad regime. Hezbollah is, however, also a relevant social factor and part of the complex domestic political situation in Lebanon. It is represented in parliament and part of the government.”

(In February, The Jerusalem Post’s Weinthal successfully took legal action against Annen for blocking him on Twitter after writing about Annen’s participation in a celebration of the Iranian revolution’s 40th anniversary.)

Putting on the diplomatic and social pressure

But some pro-Israel advocates in Germany remain skeptical.

Gaby Spronz, head of the 2,400-member strong Facebook group “Aktsionforum Israel” that advocates for the fair handling of Israel issues, has researched and exposed missteps of the German government concerning Israel-related policy and media reporting. This includes monitoring German government support and condonation of BDS-affiliated bodies, the funding of anti-Israel NGOs and financial support of mosques affiliated with Hezbollah.

Based on his observations and statements by politicians, Spronz surmises other reasons for Germany’s refusal to ban Hezbollah’s political wing, which he believes cannot in good conscience be distinguished from the military wing. “German politicians are trying to disconnect from the USA and therefore put themselves on the Iranian’s side because now the USA is on the side of Saudi Arabia. Hezbollah is supported by Iran, and therefore, more or less, tolerated by Germany.”

Without any public and diplomatic pressure, Spronz believes that Odeh would have made her appearance, even though she is associated with Popular Front for the Liberation of Palestine (PFLP), which is designated as a terrorist organization in Europe. He hopes that enough pressure will cause the German government to follow in the footsteps of the United Kingdom, which last month banned Hezbollah in its entirety.

“It’s a different subject because Odeh relates to a single person,” said Spronz. “Hezbollah’s a much tougher subject because it is an organization supported by Iran, and Germany is following an Iran-friendly strategy.” 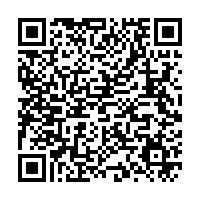