It’s not just the promise, of course.  It’s the Bidenesque way he makes it:

Monday, Biden had to remind Israeli leaders that the U.S. is not seeking a negotiation with Iran at Israel’s expense.


“I have heard so much malarkey about our position on Iran,” Biden said. “We will not let Iran acquire a nuclear weapon, period. I would not put my 42-year reputation on the line if I were not certain when I say it. We mean it.”

Daniel Greenfield casts a doubt or two on that 42-year reputation, and that’s fair enough.  We would be fools to take seriously such assurances from Joe Biden.

But there are reasons why Iran may well delay that moment of focused provocation when the radical Islamic regime proves itself nuclear armed.  If the Iranians don’t have the means to offer that proof yet, they are very close to it – so close that it is now their choice how fast to move, and in what way.

Iran now lacks only the public demonstration of uranium enrichment to a weapons-grade level (above 95%), and a detectable warhead detonation.  To talk of a “breakout” capacity – a bomb-in-waiting – as something we are still looking for is now misleading.  Using such terms suggests that there is something more we need to see from Iran, before we officially set the breakout watch.

But the reality is that there is nothing we have yet to see that we can reliably expect to see.  We’ve reached the point at which it is prudent to assume the breakout watch has already started – and imprudent not to.

As little as six years ago, moreover, the United States had more than enough ready combat power, between our Air Force and Navy, to quickly strike a meaningful blow against an Iranian nuclear infrastructure that was still comparatively rudimentary and geographically concentrated.

Both of those conditions have changed significantly.  Iran now does have all the things she lacked in 1999: enough low-enriched uranium for at least 7-8 warheads; a proven enrichment process, including enrichment to higher purity (19.75%); an industrial-scale infrastructure, with geographic dispersion; an indigenous uranium production capacity (see here and here); a tested detonator mechanism for a nuclear warhead; at least one medium-range ballistic missile series that could deliver a nuclear warhead; and a satellite/rocket program advanced enough to support ICBM testing in as little as 1-3 years.  Iran has acquired almost all of these things since UN sanctions were implemented in 2007, and under the regime of IAEA inspections.

American military power, in the meantime, has declined to such an extent that mounting a quick, comprehensive strike on the Iranian infrastructure is no longer feasible.  We couldn’t do it quickly.  Not only could we not do it quickly; we couldn’t do it without first restoring the readiness of military units we no longer keep at their highest readiness level.  It would take months to prepare for a comprehensive strike campaign – and would require the prior allocation of special funding from Congress.

Where Iran once wanted to be

Iran’s vision for the future has been shaped, as everyone’s has, by the consequences of the Arab Spring.  It has also been shaped by the withdrawal of American power under Obama.

Four or five years ago, Iran took as a given the U.S. posture in the larger Middle East.  That posture included a key strategic presence in both Iraq and Afghanistan; close partnerships with almost all the Gulf Cooperation Council nations; special relationships, including military cooperation, with both Egypt and Israel; and unchallenged supremacy on the regional seas.

Iran’s basic objective was to peel America’s partners away through the pressure of proxy insurgencies (and other underhanded tactics), and thus squeeze us out of the region.  The first-order purpose of having the bomb was to immunize Iran against retaliation in that process, as the USSR had immunized itself with a nuclear “deterrent” force when it worked through proxy conflicts in the Cold War.

Iran also set her sights on chokepoints in the regional waterways, from the Strait of Hormuz through the Red Sea and all the way to Morocco and the Strait of Gibraltar.  No one was close to having a navy that could challenge the U.S. Navy, but even great navies are vulnerable in chokepoints.

At a kind of eschatological-strategic level, meanwhile, just as the Arab Spring was unfolding in early 2011, Iranian TV was running a mullah-approved “documentary” that outlined a scheme of military preparation for the arrival of the “twelfth imam.”  Mahmoud Ahmadinejad figured as a great military commander from Shia prophecy in this fantastical oeuvre, which depicted a dénouement in the armed conquest of Jerusalem.  (“Rescuing” Jerusalem had already figured for years in Iranian policy rhetoric, as well as in the concept of some major military exercises.)

Where Iran now wants to be

In the years since Obama took office, much has changed.  One thing hasn’t, and that’s Iran’s interest in gaining leverage at critical chokepoints in the regional seaways.  But some of the focused urgency has been bled out of the pressure campaign against America’s regional partners, in part because of the Arab Spring, and in part because Barack Obama has been doing an excellent job of peeling them away from us himself.

The momentum of Iran’s efforts has shifted to a new, more geographically focused vector, one that as recently as 2011 appeared to be unthinkable.  Where once Iran was confined to putting general pressure on various American partners in the region, and perhaps maneuvering to leapfrog nearby territory in which we seemed established – Iraq, Jordan, Israel – Iran can now realistically contemplate making an “internal” line of communication (LOC) through that territory.  She might accomplish that by proxy first, and then, eventually, exploit the LOC directly.

In fact, with much of the territory in question now disputed between ISIS and a weak Iraqi government, Iran has all the more reason for being there, with advisors and military equipment.

The bonus?  The U.S., weakened and compromised as our power is, has signed up to do at least some of the fighting against ISIS.  If Iran plays her cards right, American forces will open her strategic LOC through the heart of the Middle East for her. 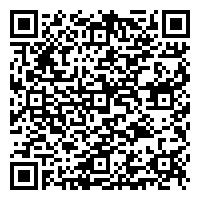