I must congratulate both U.N. Secretary-General Ban Ki-moon and American Secretary of State John Kerry for their courage to tell Islamabad to be truly committed in the war on Islamist terror. The UN chief has reportedly told an Indian newspaper during his visit to New Delhi that Islamabad must curb Hafiz Saeed whom the world body has designated a global terrorist.  He said:  “It is very important that the Pakistan government takes necessary and corrective measures in accordance with the U.N. Security Council’s counter-terrorism policies… I was shocked when the Mumbai terror attacks took place and we all expected that all these terrorists would be put to justice… It is important not to allow room for terrorists, radical groups, armed groups to take such chances with the lapse of the justice system.”

On his part, the American Secretary has reportedly said, in his recent visit to Islamabad, that Pakistan must fight all militant groups that threaten interests of Afghanistan, India and the United States.  Pakistan has long been suspected of playing a double game, fighting some militants while supporting those its generals have regarded as strategic assets to be used against rivals and neighbors.  Kerry has said: “Terror groups like the Pakistani and Afghan Taliban, the Haqqani network, Lashkar-e Taiba, and other groups, continue to pose a threat to Pakistan, to its neighbors, and to the United States, and we all of us have a responsibility to ensure that these groups do not gain a foothold but rather are pushed back into the recesses of (Pakistan’s) memory.”


I would, however, warn New Delhi against developing any complacency from such apparent strictness of the United Nations and the United States or any other world power.  India has already tasted what such gestures mean on the realistic plane. A nation of substance does not depend on others to defend its values. Like Jerusalem, New Delhi must remain prepared to defend itself against Islamist terrorism that threatens its age-old core values.

There is hardly any effective positivism on the part of Islamabad.  In his interaction with journalists at the annual press conference ahead of the Army Day (January 15) India’s Army Chief General Dalbir Singh has reportedly warned the recent strikes by terrorists not only reflect their desperation but are also a grim reminder that the terrorist infrastructure in Pakistan is intact and its support to the proxy war in Jammu and Kashmir continues unabated.”  General Singh said terror networks could extend from Afghanistan to our side and Jammu and Kashmir. “Threats and challenges have been growing, both in intensity as well as commitment, because of the active borders that we have.”

New Delhi would do well to bear in mind that given the clout of jihadi elements in the Pakistan Army and the Inter Service Intelligence and their long coalescence with the militants, it may not be possible for Islamabad to curb all militant groups even if it wants so today.  Little could be expected from the civilian leadership in the country.  LeT and LeJ have both been patronized by many of the Pakistani politicians.  Most of the leading politicians in Pakistan have been too close to the Islamists in their power game.

The situation demands that New Delhi maintain its constant vigil and, like Jerusalem, prepare to fight its battle on terror all alone.  I am happy to learn India’s commanders have recently been given  a free hand to operate.  This has proved effective and the year 2014 saw 110 terrorists neutralized as against only 65 in 2013.  I hope this autonomy is preserved in the days to come.

I also hope New Delhi would be genuinely committed to defense modernization . A leading defense expert based in New Delhi says military modernization appears to be picking up pace again under the new government. The Defense Acquisition Council (DAC), headed by interim Defence Minister Arun Jaitley, approved  projects worth Rs 80,000 core in October last. Chairing his maiden meeting itself of the DAC in November, Defense Minister Manohar Parrikar has cleared the long-pending proposal to acquire 814 truck-mounted guns of 155 mm/ 52-calibre. On fruition this project will add substantive value to the capabilities of the Indian Army. 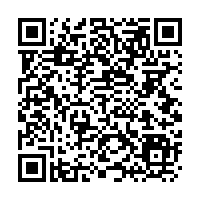