Readers will all have seen by now that the U.S. Navy boat crewmen – 10 sailors, 9 men and 1 woman – have been released by Iran.  That’s the only good news from the whole incident.

For those with strong stomachs, I’ve included tweets below with Iranian media video footage, crowing over the opportunity to depict uniformed Americans in humiliating postures.  The Navy officer apologizing to Iran is particularly affecting.

The story the White House and media have been telling, about the operational details of the incident, continues to not pass the smell test.  More on that here.

But a little snippet from the Iranian media is illuminating.  It’s not about a statement of fact regarding the incident, which might or might not be believable coming from an Iranian news outlet.  It’s a quote from the Iranian armed forces chief, Major General Hassan Firouzabadi.  Ynet passed it along to English-language readers (h/t: Yochanan Visser):

Iran’s army chief said on Wednesday the seizure of two US navy boats and their 10 sailors should be a lesson to members the US Congress trying to impose new sanctions on Tehran.

“This incident in the Persian Gulf, which probably will not be the American forces’ last mistake in the region, should be a lesson to troublemakers in the US Congress,” Major General Hassan Firouzabadi, head of Iran’s armed forces, was quoted as saying by Tasnim news agency.

Well, what do you know.  An incident that was supposed to be entirely accidental, involving a mechanical breakdown and two U.S. Navy boats straying inadvertently into Iranian waters, with the Iranians sort of implicitly seizing the boats because they were stranded at sea (although that was never clarified, but more in a minute on the topic) – this culmination of total happenstance should serve as a “lesson to troublemakers in Congress” who want to impose new sanctions?

Maybe Firouzabadi is suggesting that God placed broke-down U.S. Navy boats in Iran’s way as a means of supernaturally rebuking “troublemakers” in Congress.

It’s hard to see how else an unplanned seizure of U.S. military assets could serve as a lesson to American lawmakers, especially on such a very specific topic.

But the more likely explanation is the simpler – realistic – one: that Iran meant the seizure of the Navy boats and crewmen to be a lesson to Congress.

This renews the question what really happened, and what the on-scene pretext (if any) was for the seizure.

Note: As I type here (just after 6:00PM EST), Jennifer Griffin is reporting on Fox that Defense officials have “ruled out” a mechanical problem as part of the incident. So as a reminder to those who think they’ve been told what happened, the Navy always said it wasn’t sure, and the Obama administration as a whole has only said that one of the boats may have suffered mechanical problems, leading to both boats somehow ending up in Iranian territorial waters.  This has now been repeated so often that people think they “know” it for a fact.  But it’s not a categorical assertion that’s been made by anyone.

A couple of new data points offer a little more perspective on the event.  One is John McCain’s statement, which reminds us that the Navy boats should not actually have been subject to seizure, even if they did stray into Iranian waters.  (H/t: David Gerstman)

“The Administration is pretending as if nothing out of the ordinary has occurred. Vice President Joe Biden described the incident as ‘standard nautical practice.’ That assertion is patently false. What’s worse, by failing to affirm basic principles of international law, it places our Navy and Coast Guard vessels and the men and women who sail them at increased risk in the future.

Unless a state of war existed between Iran and the U.S., the Iranians’ conventional obligation would have been to (a) render aid, and (b) if they desired, keep their own naval craft present, monitoring ours, until we arranged to remove them from Iranian waters.  That arrangement could even take the form of receiving towing assistance from Iran, but it would be by our consent, not as a seizure.  To show good faith on our side, we would coordinate with Iran any entry of our ships, or a third-party rescue vessel, into Iranian waters, obtaining their permission rather than exercising force majeure.

With Iran, China, and North Korea all flouting international law and convention now – along with rumbles of margin-pushing provocation from nations like Russia and Turkey – it’s easy to forget that Iran’s seizure of the U.S. Navy boats wasn’t actually a good-faith execution of international law.  McCain is right: we have good reason to object to how our boats and crewmen were treated. Instead, as Dennis Miller conveys nicely in his Facebook post, we’ve thanked Iran abjectly for not treating us worse.

Thank you Iran for accepting our apology! Thank you!

The other data point is the operational picture in the Persian Gulf, which Iranian officials have outlined with relish, making heroic claims about how they were holding U.S. forces at risk throughout the whole episode.

This wasn’t addressed yesterday, but the aircraft carrier, USS Harry S Truman (CVN-75) was operating in the northern Persian Gulf (NPG) at the time of the incident.  Truman had departed port Jebel Ali (Dubai, UAE) on 10 January, and apparently began flight operations (presumably over Iraq) later that day.  Given typical carrier flight ops cycles, Truman was probably conducting flight ops on 12 January when the two Navy boats were seized.

FS Charles de Gaulle (R-91), the French carrier, was also in the NPG.  It’s not clear if she was conducting flight ops on the 12th.  Each carrier probably had its own warship escort (destroyer or frigate).

Neither carrier would have been within visual distance of the incident with the Navy small boats.  (Nor would the carriers, per se, be the right assets to respond.  Warship-wise, this was a job for their escorts.)

But the carrier air wings, and the helicopters embarked with their escorts, made a formidable bullpen of search assets for the U.S. Fifth Fleet, if there was actually a period when the patrol boats’ operational commander had lost communication with them and wasn’t sure where they were.

That’s in addition to the helicopter detachment in Bahrain and the maritime patrol aircraft that operates over the Gulf most days of the week (a P-3C Orion or P-8A Poseidon).  It shouldn’t have taken long at all for the commander to get an air search going for the boats.

If we’re to believe what the Iranians have said, that actually seems to have been what happened.  But we have to look for it between the lines.  The Iranians claim that U.S. Navy assets were making provocative or inappropriate moves during the incident.  The likely nature of the scenario is that the Iranians seized the U.S. boats, quite possibly outside Iranian waters; the boats sent a distress call; and Fifth Fleet dispatched search assets to the last known position.

The air search assets would have arrived first and had the best view of the situation.  If they saw the Navy patrol boats being towed inside Iranian territorial waters, they’d report it, and in extremis – i.e., if it appeared the crew were in danger – they could even charge in and take action.  But under the probable circumstances at that point (crew not in immediate danger), their most likely action would be to report.  Then Fifth Fleet would have to get a reading from higher authority about what to do next.

I don’t think we can have much doubt as to what “higher authority” would direct in this case.  At any rate, we do know that the outcome was the two patrol boats and their crew being held by the Iranians until Kerry “negotiated” their release.

Inside or outside Iranian waters?

We will probably never have a satisfactory answer on this question, since the Iranians took the boats’ mission electronics, including their GPS units, before giving them back.  It’s not impossible that the Navy boats entered Iranian waters inadvertently.  It’s just unlikely.

We do know some significant things.

One is that the Iranian regime’s word on the matter isn’t worth a bucket of lukewarm spit.

But another is that the riverine boat drivers are very good and very experienced at the skill they needed to maintain the proper distance from the territorial waters of both Iran and Saudi Arabia, as they transited from Kuwait to Bahrain.

The garbled, half-gulped allusions we’ve heard to their GPS breaking down – which have originated with the Iranians – don’t matter.  There are coastline features to navigate off of all the way from Kuwait to Bahrain, and that’s what these guys (and gal) do.  Assuming they did not have mechanical propulsion trouble, I’m throwing the BS flag on the premise that they got way off course in such restricted waters.

We might come up with three basic scenarios for what happened: a mechanical breakdown accompanied by a sudden rogue current and a run of really bad luck; a catastrophic display of incompetence and unprofessionalism by several dozen Navy personnel at multiple command levels; or a big lie by the Iranians. 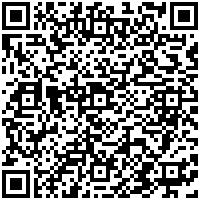