{Written by A. Savyon and Yigal Carmon and originally posted to the Memri website}


While U.S. President Donald Trump has yet to take active measures against Iran, the Iranian regime is already showing signs of economic and political collapse, although throughout the 40 years of its existence it has presented itself as a powerful regime that benefits from popular support, a prosperous economy despite the sanctions, comprehensive economic, technological and scientific capabilities and unprecedented military abilities. Trump’s May 2018 announcement about planned economic measures against Iran was enough to destabilize the country’s economy and cause resurgence, on May 26, 2018, of large-scale protests in central Tehran that lasted several days. In our assessment, even if the protests die down or are repressed by the regime for a while, they will eventually recur and intensify, because the Iranian regime can offer no solution for the economic crisis except by changing its regional and nuclear policies, i.e., by directing Iran’s national resources towards benefiting the Iranian people rather than promoting its goals outside the country.

On May 8, 2018 Trump announced that the United States would withdraw from the so-called nuclear deal with Iran, i.e., the JCPOA. It should be stressed that the JCPOA was not a “deal” in the first place, due to Iran’s insistence that it would not be an agreement signed by the sides but only a joint plan of action approved by UN Security Council Resolution 2231 – just like any other resolution in the Security Council’s history, many of which were not implemented. The U.S. President also announced his intention to re-impose the nuclear sanctions that had been lifted following the adoption of the resolution, and also to impose additional unprecedented economic sanctions.

However, the renewed sanctions, including oil and banking sanctions, will come into effect only on November 4, 2018. Only then will companies no longer be able to make transactions with Iran without incurring punitive measures by the U.S. Hence there was no objective economic reason for the collapse of the Iranian currency four months before this date, especially considering that the European Union actively opposes Trump’s plans and is considering countermeasures to allow the Iranian regime to continue enjoying the economic privileges granted to Iran by the Obama administration. While in recent weeks some international companies have announced their intension to pull out of the Iranian market, the country is still allowed access to the SWIFT international system, a major financial lifeline of global trade.

Iranian officials likewise stress that there is no objective reason for the currency crash, and this is not inaccurate, since the crash apparently stems mainly from the Iranian public’s apprehensions. According to the officials, the protests and the public’s loss of confidence in the regime are the result of a plot by the Americans and the Zionists, who are employing psychological warfare against Iran since they are unable to confront it militarily.

The slogans chanted by the protesters indeed reflect a loss of confidence in the regime on the part of large sectors of the Iranian public. They express opposition to the regime’s policy of expansion in the Middle East and support of insurgency in several of the region’s countries, and to the huge cost of this policy, and also express a lack of confidence in the regime’s ability and willingness to change its priorities and its goals. This is the message conveyed by the chants heard at the demonstrations, such as “Death to Palestine,” “No to Gaza, No to Lebanon, I Will Give My Life for Iran,” and “Death to the Dictator.”

To view the MEMRI TV clip of the protests, click here or below:

Iranian Regime’s Response To The Currency Crash And The Protests

The measures taken by the Iranian regime in response to the currency crash and the ensuing protests support this analysis. First of all, as stated, the Iranian top leadership is blaming foreign elements – the Americans and Zionists – for both the currency crisis and the demonstrations.

Some Iranian officials claimed that the shutdown of the Tehran Bazaar during the protests had been prompted by masked individuals, agents of the Americans and Zionists, who threatened the shopkeepers and  resorted to vandalism if the latter refused to comply with their demands.[1] The officials stress that the regime has adequate reserves of foreign currency and stores of essential foods like oil and sugar, and urge the public not to panic. They also shift responsibility to the public itself by charging it to help the government overcome the currency crash. Officials have promised to establish a secondary forex market and to supervise foreign exchange rates and the price of goods to combat inflation.

Alongside promises to halt the economic deterioration, regime officials have threatened to repress the protests with an iron fist, i.e., by subjecting “disruptors of the economic order” to severe penalties, up to and including the death penalty.[2] In a June 27 meeting with top judiciary officials, Iran’s Supreme Leader Ali Khamenei said that they “must deal with the disruptors of economic security.”[3]  Iranian judiciary chief Ayatollah Amoli Larijani warned on June 26 that “the regime would not, under any circumstances, compromise with the rioters” and that “the disruption of order would result in severe punishments… including the death penalty, imprisonment of up to 20 years and the seizing of property. The security forces must identify [the rioters] as soon as possible and turn them over to the judiciary,” he added.[4]

At a June 26, 2016 judiciary conference, President Rohani said: “Will America win the psychological, economic and political war against the Iranian people?… No! Because the Iranian people will not give up its revolution and its values… The foremost goal of the Americans, or the enemies of the regime, is to break the confidence and the hope of the [Iranian] people. If the people have confidence and hope, any problem can be resolved… Is there a shortage of any goods in the market? Has there been any decline in our foreign or local currency revenues?… No! There is no discernable shortage in goods, or of foreign currency or local currency. So why is there inflation? I’ll tell you [why]: it simply stems from [people’s] fear of the future… Most essentials like grain, oil and sugar are produced here in Iran in sufficient quantities, or else we have adequate reserves, so there is no need to worry. If need for any particular product arises, we will quickly import it… The [official] exchange rate is not [the rate] you find in the alleyways. The people must have confidence that there is sufficient foreign currency [sold] at the official rate to meet its needs… As long as we keep up the people’s confidence and hope, America will not succeed in defeating Iran.”[5]

Khamenei’s advisor and former IRGC commander Yahya Rahim Safavi said that “the satanic triangle consisting of America, the Zionist regime and [the Saudi royal family] Aal Sa’ud wants to weaken Iran’s might and spark resentment and despair among the people. Under the [Supreme] Leader’s orders, [Iran’s] three branches [of government] are holding meetings and combatting America’s economic war on Iran. All institutions, as well as the people, must cooperate with the government, so that we overcome this situation that has been imposed [upon us] with our heads held high.”[6]

Given that the Iranian regime adheres to its ideological stance and is unwilling to change its policy of channeling the state’s resources towards regional expansion and the increasing of its military might, and has rejected calls by reformist figures to renew negotiations with the U.S. to resolve the problems (such as the calls of Hashemi Rafsanjani’s daughter Faezeh and several other reformists who published an open letter calling for dialogue with the U.S.), the economic deterioration is likely to continue, triggering even harsher popular criticism and protests against the regime leadership. The economic crisis is bound to deepen in the coming year, and the internal collapse, triggered by economic factors, is likely to spread to the political sphere.

(A. Savyon is Director of MEMRI’s Iran Media Project; Yigal Carmon is the President and Founder of MEMRI)

[2] Tehran Prosecutor General Abbas Jafari Dolatabadi announced that the “many rioters” arrested in Tehran on June 25 would be “severely punished” (ISNA, Iran, June 26, 2018). 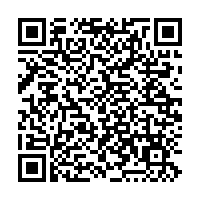