The question of just how ready the Israel Defense Forces (IDF) is for war has dominated Israel’s headlines in recent weeks. The issue came to the fore following the stormy end to the 10-year tenure of IDF Ombudsman Maj. Gen. Yitzhak Brick.


Brick released a scathing report and multiple statements claiming that the military’s ground forces are grossly underprepared for conflict. He went so far as to say, during an address to the Knesset’s State Control Committee, that “the IDF is undergoing a process of deterioration that has reached its peak in recent years.”

While Eizenkot has ordered the military to examine Brick’s claims, he has consistently affirmed that the IDF’s war readiness has improved dramatically in recent years. Eizenkot focused his four years as Chief of Staff on improving readiness, meaning that Brick’s criticisms are being leveled directly at the heart of his efforts and legacy.

Dr. Eado Hecht, a researcher at the Begin-Sadat Center for Strategic Studies, is a defense analyst specializing in military theory and military history and a lecturer at Bar-Ilan University in Ramat Gan. Hecht also lectures at the IDF Command and General Staff College.

In conversation with the author, Hecht agreed with Brick and other critical voices who think the IDF is unprepared – but added that this is not a zero-sum argument. “There are areas in which the IDF has done excellent work, and there is a reason why foreign militaries come here to learn from it,” said Hecht. “On the other hand, there are areas in which the IDF is not good enough.”

Hecht explained that the way in which Brick and military command measure war readiness is different. To understand this difference, it’s necessary to dive into the IDF’s history. The Second Lebanon War of 2006, Hecht said, was the second-lowest point in the history of Israel’s military. The lowest was in the years 1950-53. “The difference between these two points is that while in 1950 to 1953, the IDF did not know how to conduct routine security missions and did not know how to conduct major wars, in 2006, the IDF knew how to do continuous security in an excellent manner,” Hecht said. “Hence, it defeated the Palestinians in the ‘Ebb and Flow’ War [the so-called ‘Al-Aqsa Intifada’ of 2000 to 2006].”

However, it was during those years of the Al-Aqsa Intifada that new concepts were taking hold regarding the future of warfare. The concepts were that there will be no “big, high-intensity wars” anymore, and in the unlikely event that such wars do occur, they should be fought with high-quality intelligence and through the use of long-range firepower, mostly delivered by fighter jet, to destroy enemy targets.

As a result, “the IDF deliberately neglected the necessary requirements for ground combat,” said Hecht. By the time Lt. Gen. (ret.) Dan Halutz became Chief of Staff in 2005, the ground forces had suffered major neglect, leading to significant failures in the war that erupted with Hezbollah the following summer.

The strategic gains Israel received from that war came “despite tactical failures,” noted Hecht. Those failures led the next Chief of Staff, Lt. Gen. (ret.) Gabi Ashkenazi, to demand a “return to basics” for the ground forces. They underwent a major upgrade during Ashkenazi’s tenure. But then, under the leadership of Defense Minister Moshe Ya’alon and Chief of Staff Lt. Gen. (ret.) Benny Gantz, this trend was stopped. The older trend of focusing on airpower and intelligence, which dominated before the Second Lebanon War, made a comeback, according to Hecht.

The bottom line, said Hecht, is that compared to its performance in 2006, the IDF of 2019 has “undergone a terrific improvement.” At the same time, he warned, there is a need to take stock of the growing threat posed by Hezbollah, which today is equivalent to some five infantry divisions, in terms of relative power.

“Hezbollah is like the PLO and the Syrian army in Lebanon in 1982 combined. True, they [Hezbollah] do not have tanks, but they have many things that the Syrians and the PLO did not have then,” said Hecht, pointing to powerful guided anti-tank missiles as one example.

“They are moving ahead with the fortification of southern Lebanon at a scale that did not exist before, and they are much more professional and skilled than the PLO was back then,” he said.

According to public sources, in 2006, Hezbollah’s forces in southern Lebanon were equal to perhaps two infantry brigades, and the organization was armed with far fewer anti-tank missiles, mortars, and other powerful weapons. Hezbollah today is some six times more powerful than what it was in 2006, said Hecht.

Is the IDF’s order of battle big enough for enemies on multiple fronts?

“What will happen if the IDF needs to fight against more than only Hezbollah? If, for example, a rebuilt Syrian military faces it in the Golan Heights, backed up by Shiite forces from Iraq, Afghanistan, Pakistan, and Iran? And at the same time, Hamas begins bombarding our home front from the south? Does the IDF have a sufficiently large order of battle to deal with all of these enemies at the same time? We would have to call up reserves against Hamas on its own. Against a smaller Hezbollah in 2006, we had to call up reserves. Since then, we have cut reserves very sharply – entire divisions and brigades have been canceled,” Hecht said.

He cautioned that there are also open questions about how long it would take to get reserves to emergency weapons storage facilities, as well as the state of readiness among military vehicles in light of decreased maintenance personnel numbers.

True, Eizenkot placed a major renewed emphasis on the ground forces. “Still,” Hecht said, “most of the focus is on increasing firepower. But is this firepower capable of giving the State of Israel the strategic reply it needs to force Hezbollah to cease firing and to prefer a ceasefire?” asked Hecht. “And until it does that, can this firepower decrease the quantity and efficiency of Hezbollah’s [own] firepower on the Israeli home front? The only way to effectively decrease Hezbollah’s fire is through a large-scale ground offensive. To do that, the IDF needs to conquer a large, hilly area containing dozens of Shiite fortified villages and towns,” he said.

Each Shiite village, however, will likely have a Hezbollah force as big as one or two military companies lying in wait.

“This is what the IDF’s units will have to pass in order to reach the rocket-launch cells that are firing on the home front,” Hecht said.

The IDF has greatly increased its war training, Hecht acknowledged. But according to Brick, it has not yet reached adequate levels, particularly among the Armored Crops and the Artillery Corps.

“We have made great improvements”

In one of his final speeches in uniform, delivered on Dec. 23, Eizenkot gave an assessment of the situation. “At the end of 2018, the balance of Israel’s national security is greatly improved,” he said, while at the same time, an unstable region has created very high levels of explosiveness.

Ultimately, stated Eizenkot, the IDF’s capabilities have been greatly improved.

On Dec. 19, the Knesset’s Foreign Affairs and Defense Committee released a report that followed its own investigation into the IDF’s readiness. The report found that “the level of readiness in the IDF for war has significantly improved since [the 2014] ‘Operation Protective Edge’ [against Hamas in Gaza].”

The inquiry found that on almost every parameter, “there has been a dramatic increase in the level of readiness – whether in the number of training sessions, the ammunition inventory, replacement parts and others.”

The report praised Eizenkot for leading a multi-year working program, dubbed “Gideon,” which prioritized the building of combat divisions that can fight on any front.

Two days after that report, an inquiry launched by the IDF’s own Comptroller, Brig. Gen. Ilan Harari, in response to Brick’s scathing report, also found that the military’s state of readiness has dramatically improved.

At the same time, the inquiry agreed with Brick regarding the need to make improvements in areas such as logistics, personnel, command and control systems, and the service of non-commissioned officers at war-storage facilities.

According to Channel 10 News, the inquiry called for an increase in the military’s annual budget by 1.5-2.5 billion shekels ($400-667 million) to ensure that the ground forces remain in good shape.

“If the IDF is missing 2 billion shekels to complete its readiness in the list of aspects that it brings up, that means that Brick is actually correct,” Hecht said. “The IDF isn’t ready.” 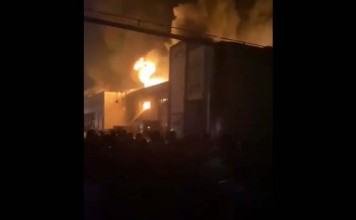