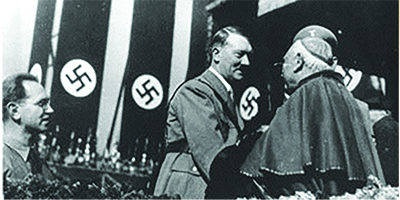 The name Anton Drexler has been all but forgotten over the past tumultuous century on the European continent, nearly swept away by the tide of history amid a succession of wars, population transfers and genocide.

But amid a worrying rise in antisemitism across the European Union, the story of this otherwise unremarkable railway toolmaker and locksmith, who founded the German Workers Party (DAP) 100 years ago this month and mentored a young man named Adolf Hitler, provides a cautionary tale of how a small band of extremists can leave a lasting and lethal legacy on the course of human events.

After Germany’s ignominious defeat in World War I, Drexler, a man obsessed by anti-Semitic conspiracy theories who believed that Jews, capitalists and communists were behind the Fatherland’s loss on the battlefield, sought to rally the country’s working class. Together with a handful of like-minded loudmouths, Drexler formed the DAP on January 5, 1919.

In his monumental work, The Rise and Fall of the Third Reich, William L. Shirer described Drexler as “a sickly, bespectacled man, lacking a formal education, with an independent but narrow and confused mind, a poor writer and a worse speaker.”

Not surprisingly, Drexler’s party was far from a roaring success. At its first public meeting, which was held in May 1919, just 10 people showed up, and much of its activity was confined to Munich beer-halls, where hateful tirades against Jews were accompanied by copious quantities of lager. By the autumn, the DAP consisted of barely 40 members and was virtually unknown outside its small circle of supporters.

But on September 12, 1919, a new attendee, 30-year old Adolf Hitler, caught the attention of the group. Hitler, who was serving in the propaganda department of the German Army’s local district command, had been sent by his superiors to gather information about the DAP. After sitting through a largely dull discussion, the future leader of the Nazi party became enraged when a party member suggested that Bavaria should break away from Prussia and unite with Austria.

Hitler launched into a tirade which shocked all those present, including Drexler, who was impressed by Hitler’s oratory and handed him a pamphlet entitled “My Political Awakening,” which resonated deeply with his own twisted views.

Encouraged by his captain in the military to join the party, Hitler did just that, quickly becoming a member of its central committee and the group’s chief orator. Among other things, the DAP raised funds by selling a tobacco named “Anti-Semit”.

Within a few months, Hitler ruthlessly shunted aside his former patron Drexler and took control over the Nazi Party, with catastrophic results for the Jewish people and much of the globe.

AND THAT is precisely what makes the story of Drexler and his small band of hate-mongers so chilling, particularly now, because it demonstrates how a bilious bunch of beer-guzzling bigots can set fire to the world if left unchecked.

And if a recent large survey of antisemitism in Europe conducted by CNN is any indication, then there is truly reason to fear for the future of Jews on the continent.

Published last November, the poll, which included more than 7,000 interviewees, found that, “antisemitic stereotypes are alive and well in Europe, while the memory of the Holocaust is starting to fade.” Over a quarter of all Europeans say Jews have too much influence in business and finance and nearly the same percentage link Jews with global conflict and wars. Incredibly, according to CNN, “a third of Europeans in the poll said they knew just a little or nothing at all about the Holocaust.” In France, 20% of people between the ages of 18 and 34 said they had never even heard of it.

I am neither an alarmist nor a pessimist by nature. But anyone with even a modicum of historical memory cannot help but be frightened by what is happening in places such as Paris, London and Stockholm.

Unfortunately, in recent years, warnings of mounting European anti-Semitism have begun to resemble various traffic signs on the highway: little-noticed and largely unheeded. We have come to assume that, like the weather, all we can do in the face of European hatred of Jews is to shrug and move on with our lives.

Perhaps that may be true. But we must nonetheless try to stem this dangerous tide, first and foremost by calling out European leaders and holding them to account for failing to stamp out the antisemitism and Holocaust-denial that is metastasizing in their midst. By neglecting to educate the next generation about the horrors of the past and persistently bashing Israel for defending itself, Europe’s leaders are fanning the flames still further.

Indeed, if a lonesome loser such as Anton Drexler was able a century ago to kindle the spark that gave rise to Nazism, who knows what calamities today’s brand of open and brash European antisemitism, armed with popularity and the power of social media, may yet produce. The old cliché is that history repeats itself, but that is only partly true. In fact, it is people who enable it to happen and it is they who will bear the blame. 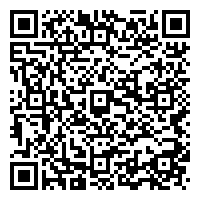