Intra-Arab and Intra-Muslim terrorism – plaguing the Arab Street – has been a Middle East fixture since the 7th century emergence of Islam, driven by religious, political, tribal and ethnic megalomaniac aspirations and violent intolerance.

It dominated the Middle East long before, and irrespective of, the Arab-Israeli and Palestinian-Israeli conflicts, the reestablishment of Jewish communities in Judea & Samaria, the controversy over Jerusalem, and the reconstruction of the Jewish State.


Against the backdrop of ruthless and persistent terrorism, which has targeted fellow-Arabs and fellow-Muslims, one should expect, at least, as ferocious Arab/Muslim terrorism against the “infidel” Christian, Buddhist, Hindu or Jew in the Middle East, Asia, Europe, Africa, Canada, Australia and the USA. The latter is considered the chief threat to terrorist regimes, morally and militarily. Hence, the US is “the Chief Satan” and the lead target for Islamic terrorism.

The perpetrators of Arab/Muslim terrorism, in general, and Palestinian terrorism, in particular, are not “Lone Wolves.” They are the by-products of a centuries’ old intolerant ideology, supported by educational and religious infrastructures of indoctrination and incitement, operating systematically in kindergartens, schools, universities, mosques and regime-controlled media.

Arab/Muslim terrorists are not driven by social, economic and human rights grievances, but by an intense, fanatical worldview, which loathes civil liberties and considers freedom of religion, press, association and movement, including equal rights for women, an abomination. In fact, deprived groups in the non-Muslim world rarely resort to terrorism.

Arab/Muslim terrorists are adrenalized by the conviction that their actions bestow upon them the honorific title of Shaheed – a martyr on the altar of Islam – fulfilling a Muslim mission, and advancing the commandment of Jihad (Islamic struggle, resistance, war, expansion) against the “infidel” or the “apostate.” They expect to be rewarded by eternal glory, including the company of 72 pretty virgins in a sensual paradise, while women are, supposedly, rewarded by only one man.

The most effective production-line of Shaheed’s was established by Mahmoud Abbas in 1993, compliments of the Oslo Accord, through the Palestinian education system. For example, the 7th grade’s part 2 of “Our Beautiful Language,” pages 11-13 and pages 28-29 in part 1: “We shall sow Palestine with [martyrs’] skeletons and skulls; we shall paint the face of Palestine with blood…. We are returning home to the plains and mountains [of pre-1967 Israel], led by Jihad flags, by bloody struggles and by the willingness to sacrifice ourselves as martyrs….” Or, the 8th grade’s part 2 of “Islamic Studies,” pages 62-75: “Jihad reserves a key role for youngsters, just like those who sought martyrdom during the days of the Prophet Muhammad….” Many graduates of such an education system are potential terrorists – who unlike freedom fighters – target civilians deliberately and systematically, aiming to erode the confidence of Israelis in the homeland security capabilities of their government, frightening them into reckless concessions.

While Mahmoud Abbas does not emit the same message when speaking with Western, Israeli and Arab interlocutors, that which he teaches his children reflects his authentic worldview, reflected by the monthly allowances paid to relatives of suicide-bombers and the naming of streets, squares, summer camps and sport tournaments after terrorists. It has enticed Palestinian youth to idolize Shaheed’s, Jihad, bloodshed and families of suicide-bombers, while de-legitimizing the Jewish State as an immoral entity deserving annihilation.

Palestinian terrorism has been driven not by the size – but by the existence – of the Jewish State, as evidenced by the waves of anti-Jewish Palestinian terrorism before Israel’s establishment (1920s, 1930s and 1940s), before the 1967 resumption of Jewish control of Judea & Samaria, and following a series of Israeli concessions, such as the 2005 uprooting of all Jewish communities from Gaza, the 2000 proposal by Prime Minister Barak to withdraw to the pre-1967 Lines, and the 1993 Israeli importation of the PLO from Tunisia to Ramallah and Israel’s withdrawal from 40% of Judea & Samaria, as well as all of Gaza. 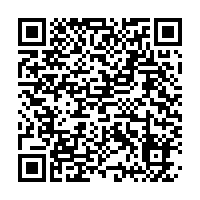