According to a report by the Israeli Civil Administration, the Palestinian Authority is attempting to lay claim to hundreds of thousands of acres of land by planting millions of olive trees in a bid to put facts, quite literally, on the ground.

Written by the head of the Agriculture Department of ICA and publicized by the Lavi civil-rights organization, the report states that “according to data collected by the Palestinian ministry, the space on which the trees were planted amounts to some 975,000 dunams (241,000 acres) on which 14.7 million olive trees have been planted, 11.9 million of which bear fruit.”

More than a million of those trees were planted in a recent effort.

The Regavim pro-Israel watchdog organization reported that from 2013 to 2017, hundreds of new agricultural sites were planted on thousands of dunams, and that 150 new roads were laid by the Palestinian Authority, stretching over hundreds of kilometers.

According to Israel’s Land Law, the continual agricultural presence of a farmer affords him rights to the land. Regavim said the Palestinian agricultural strategy has especially focused on areas near Jewish communities in order to thwart their expansion.

The Coordinator of Government Activities in the Territories responded that it had not verified the report. 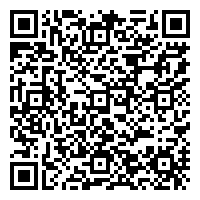