A delegation of senior IDF officers will visit Moscow on Tuesday, according to an IDF spokesperson tweet:

“Following the conversation between the Israeli PM & Minister of Defense and Vladimir Putin, senior IDF officers led by the Head of the Operations Directorate, Maj. Gen. Aharon Haliva, will go to Moscow tomorrow.”


“During the day-long visit, the delegation will brief their Russian counterparts on Operation Northern Shield and other operational issues,” the tweet concluded.

Hezbollah has tweeted a map showing the locations of IDF investigations of possible tunnel sites along the Lebanese border. The sites stretch all the way from the Coastal plain to Metula, at the very tip of Israel’s northern border.

Israeli media on Tuesday morning speculated that the IDF is entering the next phase of its operation along the Lebanese border, where its Corps of Engineers would carry out works inside Lebanese territory. The IDF Spokesman in Arabic has encouraged local villagers to consider moving away for a period of time, until the conclusion of the operation.

The IDF Spokesperson, Brig. Gen. Ronen Manelis, on Sunday told the London-based Saudi newspaper Asharq Al-Awsat Hezbollah has been building tunnels and rocket factories for the past four years. They were even working in the tunnels on Tuesday.

“We have seen 12 years of calm with Lebanon and we are keen on ensuring another 12 or even 20 or 25 years of calm,” Manelis said, adding: “We are also however determined to eliminate the security threat against us. The tunnels are part of an ‘occupation of Galilee’ offensive prepared by Hezbollah.”

Israel’s response to such an offensive, the spokesman warned, would target the southern Beirut suburbs of Dahieh, a Hezbollah stronghold that was attacked by Israel during the 2006 war.

Other areas will also be within Israel’s range, Manelis warned, stating he was holding Lebanese President Michel Aoun, Prime Minister-designate Saad Hariri, Army Commander Joseph Aoun and other leaders responsible for Hezbollah’s actions because they are “being deceived” by the terror group, which is also member of Lebanon’s coalition government.

“The Iranians cannot find funds to save the millions of Iranians from the economic crisis and Hezbollah cannot garner enough money to treat its fighters who were wounded in the Syrian war,” Manelis said, noting: “They have spent tens or even hundreds of million of dollars to build the tunnels that are a primary weapon to attack Israel. We caught them off guard, however, by revealing them.”

Following his phone call with the Russian president on Saturday, Netanyahu said on Sunday that the two countries would conduct a meeting of their military representatives in Moscow shortly, to discuss the coordination of their forces in Syria. Netanyahu stated that Israel would continue to prevent Iran from deploying its forces and proxies in Syria.

Israel relies on Russian military police to maintain an Iran- and Hezbollah-free zone of approximately 50 miles from its border with Syria on the Golan Heights.

Netanyahu and Putin have both said they’re considering a meeting between them in the near future, although no date was determined. 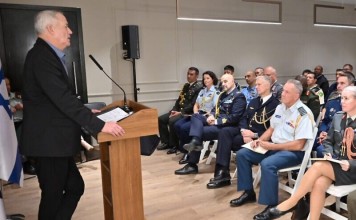