Many uniformed critics of Israel criticize the establishment of Israel and claim that Israel was established as a colonial outpost of Great Britain. The statement is absurd and easily disproven.

May 1949: International Approval: The United Nations voted to admit the State of Israel  as a member state, at the end of Israel’s war with Arab countries.

May 1948: International Approval: The United States, the Soviet Union and several other countries recognized Israel soon after Israel declared Independence.

November 1947 UN Partition Vote: The United Nations voted to create a Jewish State in Palestine with 33 votes in favor, 13 against and 10 abstentions (Great Britain abstained).

April 1920 San Remo Conference. The Allies of World War I (Britain, France, Japan and Italy) voted for the “establishment in Palestine of a national home for the Jewish people, it being clearly understood that nothing shall be done which may prejudice the civil and religious rights of existing non-Jewish communities in Palestine, or the rights and political status enjoyed by Jews in any other country.”

The term “British Mandate” has become confused for many people with Israel being a “British Colony.” It is simply untrue. The world powers broke apart huge sections of the Middle East with areas under both British and French administration, including countries today known as Lebanon and Syria. No one refers to any of those countres as a “colony.”

British and French Mandates covering much of the Middle East

British did not favor Jews in Palestine

Despite language in the 1922 Mandate that the British should “facilitate Jewish immigration” to Palestine, the British sided with local Palestinians that sought to curtail an influx of Jews. On the eve of the Holocaust in Europe, when Jews were desperate for a place to flee, the British issued the 1939 “White Paper” which limited the number of Jews that could enter Palestine.  That edict likely cost hundreds of thousands of European Jews their lives.

The British decree created tremendous tensions between Palestinian Jews and the British. There were many battles between the groups, the most famous being the destruction of the King David Hotel in 1946.

No Transfer of British People

Rights of the Indigenous Jewish People

The world powers voted to enable a national home for the Jewish people for a few reasons:

The Jews had political kingdoms and religious Temples in the holy land for over 1000 years, but were expelled against their will. The new international laws were meant to remove the modern roadblocks that were placed before Jews from moving to Palestine and owning land.

Even though it was difficult for Jews to move to Palestine and acquire homes and land under the Ottomans, the Jews were the fastest growing religious group from 1800 to 1914. Jews have also been the largest religious group in Jerusalem since 1870.

The official languages in Israel today are Hebrew and Arabic. While English is widely spoken, it is not an official language, further underscoring that the country never was established as a British colony.

In short, there is no basis whatsoever for calling Israel a British colony. The global community approved facilitating the free movement of Jews back to their holy land, where Jews already lived. The global community ultimately approved RE-ESTABLISHING a Jewish State. This was not Great Britain arbitrarily creating a colony for its own purposes.

It should also be underscored that Zionism was not only a modern idea dreamt by Jews as a reaction to anti-Semitism in Europe and Russia.  Henry Dunant (1828-1910), the winner of the first Nobel Peace Prize was an ardent Christian Zionist who strongly advocated for the rights of Jews to live in Palestine in the 1860s.

Vote for Israel at United Nations, 1947

The “West Bank” is not an Israeli Colony

As detailed above, the global community approved the rights of Jews to move to their ancient homeland in the holy land.  That right was given to the entire region, including Judea and Samaria.  While the UN voted to recognize a Jewish State within a section of Palestine, the right to move throughout the region was approved in repeated resolutions many decades ago.

While the UN does not recognize Judea and Samaria to be part of Israel, they also do not recognize it as part of Jordan that illegally annexed it in 1950 (Jordan gave up all claim to the region in 1988).  The UN would like to see that region be part of a new Arab State of Palestine through negotiations with Israel.

The desire to see a new Palestinian State does not mean that international law protecting the rights of Jews to live in the region are null and void.  The 1922 British Mandate Article 15 specifically stated that “no person shall be excluded from Palestine on the sole ground of his religious belief.”  “No person” included Jews, and “Palestine” covered the entire mandate area of 1922.

The Oslo Accords of 1993 and 1995 which were negotiated between the Palestinian Authority and Israel, specifically stated that Israel controls and administers most of the “West Bank.”  As such, Israel approves housing and roads and infrastructure for everyone.  So the Palestinians agree that Israel is in charge of housing and international law approves Jews living in the region.  Israel acts as the administrator, much in the same way that Great Britain acted as the administrator for Palestine from 1922 to 1948.

Lastly, the “settlements” are principally located next to greater metropolitan areas within Israel.  Unlike European colonies which were across oceans and thousands of miles from the country, these Jewish homes are just suburban communities of major Israeli cities like Jerusalem and Tel Aviv.  They happen to be on the other side of an invisible “green line” that was the Armistice Lines of 1949.  Those Armistice Agreements specifically stated that those lines were not to be considered borders.

Jews have lived throughout the holy land for thousands of years, including all over Judea and Samaria/ the “West Bank”.  International laws facilitated the ability of Jews to move back to, and throughout, their homeland.

Jews were self-governing for over a thousand years in the holy land.  International laws reconstituted the national Jewish home.

While Jordan illegally attacked Israel and expelled all of the Jews from Judea and Samaria counter to the Fourth Geneva Convention in 1949, those illegal actions cannot make it illegal for Jews to once again live in homes they legally purchase throughout the land.

When you hear acting-President of the Palestinian Authority chant “colonial occupier” or uninformed people claim that Israel is a colonialist tool, send them this article.

Palestinians agree that Israel rules all of Jerusalem, but the World Treats the City as Divided 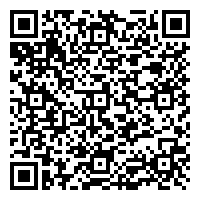