As Israel closes in on the national election scheduled for Tuesday, 17 March, Fox News has come out with an exclusive report.  The U.S. Senate has appointed a bipartisan panel to investigate the use of funds donated from the Obama State Department to the organization OneVoice, which in January partnered with an Israeli anti-Netanyahu group, V-2015 (or V15) to import Obama’s own campaign operatives for the election.  The goal of V15 and OneVoice:  to defeat Netanyahu’s Likud coalition in the Knesset.


That this inquiry has bipartisan agreement is obviously significant.  Senators on both sides of the aisle think something stinks — and that’s just the first-order conclusion.

The Fox story outlines the initial concern of the investigation: the $350,000 the State Department has funneled to OneVoice.  State says the funding is unrelated to the V15 effort in the Israeli election:

One expert told FoxNews.com earlier this month the State Department grants constituted indirect administration funding of the anti-Netanyahu campaign by providing OneVoice with the $350,000 — even though State Department officials said the funding stopped in November, ahead of the announcement of the Israeli election.

Fox quotes an NGO funding expert who considers that a bit disingenuous:

Gerald Steinberg, founder and president of NGO Monitor, which tracks money flows to unmask non-governmental organizations that deviate from their stated human rights or humanitarian agendas, said even ostensibly unrelated grants keep an organization going during periods it is not engaged in political activity.

But there’s another reason to parse the timeline closely here.

The story has expanded since late January, with additional evidence that U.S. groups are involved in an effort to unseat Benjamin Netanyahu.  Alana Goodman reported at Washington Free Beacon in early February that a U.S.-based group called Ameinu (motto: “Liberal values; Progressive Israel”) sent out a fundraising memo on 17 December 2014, outlining a very Jeremy Bird-like plan to “get out the vote” and transform the Israeli political landscape.

We are already in touch with a highly talented combination of knowledgeable Israeli professionals and American experts with experience in similar recent operations, including the Obama presidential campaign.

Ameinu president Kenneth Bob told Free Beacon in February that Ameinu had indeed consulted with Bird and V15, but had since parted ways with them:

[Bob] later said that V15 and Bird’s consulting group 270 Strategies were involved in the discussions early on, but have since parted ways with Ameinu.

“When we first began soliciting funds for GOTV efforts ahead of the Israeli elections, we spoke to a number of entities with projects in mind, including Strategies 270, which ultimately became V15,” said Bob.

But that disclosure, even assuming it’s accurate, puts the State Department’s claim about when its funding for OneVoice stopped in an interesting light.  It’s obvious why the Senate thinks it needs investigating.

The State Department, as cited by Fox News, said its funding for OneVoice stopped in November (emphasis added):

State Department officials said the funding stopped in November, ahead of the announcement of the Israeli election.

The early election in Israel was announced on 2 December 2014, when Netanyahu’s governing coalition was officially dissolved.  That means interested parties – like V15, OneVoice, Jeremy Bird, and Ameinu – were certain, less than a month after the State Department funding to OneVoice stopped, that there would be an election.

But OneVoice and its partners could very well have been eying an Israeli election project before 2 December.  And since we also know that Bird and V15 were discussing an election plan with Ameinu sometime before 17 December, it becomes, at the very least, increasingly unbelievable that the OneVoice funding Bird and V15 ultimately went with was on no one’s radar screen earlier than late January, when Bird and his cohort showed up in Israel.

The announcement of an early Israeli election didn’t come out of the blue.  In fact, it had been talked about as a possibility for months, and was publicly discussed as likely throughout the month of November 2014.  From statements by cabinet ministers in September, to speculation in October about the meaning of early Likud primaries (see here as well), to MSM statements in November that the “smart betting” was on an early election, to pointed disclosures in mid-November that Netanyahu was telling Likud leaders to get ready for an early election, the word was out.

November, or even October, was when advocacy groups and full-time political professionals would have been putting their scope on an early Israeli election.

Indeed, the phrasing of Kenneth Bob’s statement about the discussions with Bird and V15 evokes a timeline that probably did start earlier than 2 December 2014 – a bare 15 days before the Ameinu fundraising memo went out with its shaping-the-vote plan.

In that light, the timing of State’s last release of funds to OneVoice – according to State, in November 2014 – might even look like a severance for appearances’ sake.  If the Fox News report conveys the Senate’s concerns accurately, one of them seems to be with the coincident timing of Marc Ginsberg’s resignation announcement from OneVoice.  Ginsberg made that announcement on 11 November 2014.

By 11 November, as the links above illustrate, it was received wisdom in MSM reporting that Netanyahu would call for an election in early 2015.  But 11 November was also less than two weeks after the Obama administration had thrown its infamous tantrum by “leaking” the news that someone in its ranks thought of Bibi as a “chickens***.”  Moreover, 11 November was one week after the Democrats lost the Senate to a Republican wave in the mid-term election, and Obama thus lost Congress for the balance of his presidential term.

At that point, Obama’s actions on more than one front – e.g., executive amnesty; executive restrictions on firearms; ignoring Iran’s violations of the 2013 “nuclear deal” in order to press ahead with ill-advised negotiations – were beginning to show an increasing recklessness and disdain, not only for public opinion but for the prerogatives of Congress.  It would actually have been quite in character for the administration’s post-election agenda to include a strategy to campaign against Netanyahu in the widely anticipated Israeli election.

Congress may or may not be able to turn anything up with this investigation.  The Obama administration is likely to stonewall, as it so often does, and the non-profits involved may be able – ironically enough – to hide behind the IRS in declining to reveal their financial information.  (This although it may well be a violation of IRS regulations for OneVoice to fund V15’s activities in the first place – a point Ted Cruz has twice made official inquiries about.)

Apparent certitude and unity in the Senate

The fact that this is a bipartisan investigation is telling, however.

But this goes beyond not protecting Obama.  The Democrats could have simply not participated, and thereby split the baby: neither protecting Obama nor helping the Republicans put his officials in the hot seat.

Instead, they’ve signed up for a legitimate inquiry: an inquiry whose outcome will matter.  The Fox story indicates that the investigation has been ongoing, apparently for some weeks before the public heard about it.  It’s possible – even likely – that the senators know things we don’t (not yet, at any rate).  And the Democrats, at least, can’t be in this just for the theater.

It would be remarkable for both parties to undertake an investigation they didn’t think anything would come of.  The opposition party (the GOP, in this case) would still be motivated to try to air improprieties in the president’s administration.  But the president’s own party doesn’t have a motive to involve itself, if it doesn’t expect to achieve anything more than that.

It’s not clear precisely what’s going on.  News of the bipartisan panel has been leaked just three days before the Israeli election.  The Senate is well aware that that, too, is political timing.  Whatever’s going on, it seems to be something big. 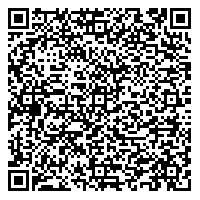