Are liberty and the right to intellectual freedom – including free speech – on “the right side of history”?  I’m increasingly unsure how the Obama administration would answer that question.  I’m even a little unsure how the American public would answer it.  The latest and most disturbing case in point is the handling of the situation with Chinese dissident Chen Guangcheng, who was escorted out of the US embassy in Beijing this week and left in the hands of the Chinese authorities.

Chen, who is blind, was transported to the US embassy on 22 April by well-wishers in China, barely escaping pursuit by authorities.  To secure his departure from the embassy compound, the US agreed to a deal with China by which Chen and his family, who have been tortured and subjected to a brutal form of house arrest for seven years, would be allowed to live, undetained, near a university where Chen could pursue academic studies.  No information has been released as to how the features of that deal would be verified.


Chen reportedly made the decision to leave the embassy when he was told by American personnel that his wife would be beaten by authorities if he did not give himself up.  Chen is in a Chinese hospital, in an extremely vulnerable position, and has been making appeals through the foreign media for help for him and his family.  He has now officially requested asylum of the United States.

Embassies do not make a practice of publicly spiriting asylum-seekers out of host nations, although the embassies of a number of nations, including the US, have quietly assisted over the years in getting asylum-seekers to safety.  During the Cold War, there were official procedures for handling the issue in US embassies and consulates.  Nevertheless, in a publicized case inside the country the dissident seeks to leave, the embassy will not, during normal peacetime relations, take him out of the country by force majeure.

What the embassy can do, however, is offer refuge to the dissident.  The grounds of the US embassy, anywhere in the world, are sovereign US territory.  And what the United States can do is put pressure not on the dissident, but on the dictatorial communist government, to allow Chen and his family to be reunited, and to travel abroad if that’s what they want to do.  Such pressure is more effective when the US has the dissident in safety, and is clearly going to withstand any pressure to give him back to a government that has been torturing and imprisoning him for his beliefs.

The US can put a spotlight on the dissident’s plight, and ensure that the world is watching anything the communist authorities do to his family.  More than that, the president can make it a personal priority to see the dissident released into a safe situation – abroad, if necessary or desired – and a promising future.

How do we know a president and his embassies can do this?  Because it’s what was done by two presidents – Jimmy Carter and Ronald Reagan – for two Russian Pentecostal Christian families in the former Soviet Union.

On 27 July, 1978, two Pentecostal families from Chernogorsk, in Siberia, burst into the US embassy in Moscow, seeking American help to leave the country.  They had been attempting to emigrate from the USSR for as much as 20 years (in the case of one of their number), which had resulted only in more assiduous oppression by the Soviet authorities.

Of President Carter, we may say that he did at least the minimum by allowing the Pentecostals to remain in the embassy (where they eventually lived for five years).  There is an interesting echo of the accounts of embassy pressure on Chen in this exchange in October 1978 between Carter and the press (view it here in the papers of the Carter administration):

Q:  Mr. President, a family of Russian Pentecostals, the Vaschenkos, are seeking asylum and are lodged in the U.S. Embassy in Moscow.  They said in letters that have been smuggled out that the embassy is bringing subtle, emotional pressure to expel them into the hands of the Russians, probably at great risk.  Did you direct the embassy to seek their ouster, or are you willing to give them asylum and visas?

The President.  They are Russian citizens, as you know, and have been in the embassy in the Soviet Union, in Moscow, the American Embassy, for months.  We have provided them a place to stay.  We provided them a room to live in, even though this is not a residence with normal quarters for them.  I would presume that they have no reason to smuggle out correspondence to this country since they have the embassy officials’ ability to transmit messages.  I have not directed the embassy to discharge them from the embassy, no.

Reagan had a more proactive approach, one remembered and affirmed by others in later years.  His concern for those suffering persecution in the communist world was genuine and passionate.  Kiron Skinner wrote about Reagan’s intervention with Soviet authorities – including direct appeals to Leonid Brezhnev and Yuri Andropov – in his 2007 book Turning Points in Ending the Cold War.  (See excerpts from pp. 103-4 here.)  According to Skinner:

By the summer of 1983, at the height of the Cold War chill, Reagan and Andropov had privately worked out the details of the Pentecostals’ release from the U.S. Embassy in Moscow and the families were allowed to leave the country.  As Secretary [of State George] Schultz writes in his memoir, “This was the first successful negotiation with the Soviets in the Reagan administration.”  Schultz further notes, “Reagan’s own role in it had been crucial.”

Skinner recounts further the release of well-known dissident Natan Sharansky in 1986 (then known, before his emigration to Israel, as Anatoly Scharansky), as well as Reagan’s advocacy for the Pentecostals and the army of intellectual dissidents in the Soviet Union on his radio program in the 1970s. 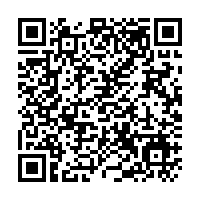