‘Calcala’, a new political party started by American-Israeli businessman Danny Goldstein, officially launched its Knesset bid by registering with Israel’s Party Registry Office on May 1. “We are focused on making Israel a better place to live and a better place to invest, by merging the best of Israel and America,” Goldstein – founder and chairman of the party – told The Jewish Press.

Goldstein was born in the U.S. and made Aliyah with his family in 1971. He later returned stateside, but as he says, “enough’s enough. I’m here to stay, I’m here to make change.” He sat down with The Jewish Press and discussed the new party’s platform, his motivations for creating it, and his aspirations for its future.

Goldstein says he’s for a free market economy, supports lowering taxes, and supports investment in alternative energy. “Lets help small businesses develop and grow instead of suffocating them with stifling taxes and regulations. Lets encourage people to open businesses.” Goldstein speaks from experience, as he ran a successful mattress company while living in Israel, and then moved on to real estate development in New York City.

“Too many people in Israel are struggling to make ends meet,” he laments. “Why is it so hard for American olim (immigrants) to adjust to life in Israel? Because the infrastructure is laden with unnecessary bureaucratic layers.”

He gives an example of an every-day problem in Israel: “A park wants to install a pergola to beautify its premises, but the government won’t provide the money. Why? Because there’s no room in the budget. But why go the government route? I personally spoke to Bank Mizrachi, and they said they’d be glad to donate a pergola, with a little acknowledgment to Bank Mizrahi…Why not encourage this? Why not allow people that want to spend the money to do this, especially when the government can’t? What, are they afraid that the bank will have an undue influence? Come on….free enterprise!

“Its not about spreading the wealth, but rather about making this place a good place for Israelis to live and an attractive place for potential olim. We have a great team of experts in finance, economics, and law…a young, dynamic group that wants to bring change, from the bottom up.”

Addressing the obvious question of whether Calcala is a single-issue party, Goldstein says: “Calcala is not a single issue party, but we recognize that many problems in Israel emanate from the financial aspect. We want to maintain focus on the daily needs of the people, we want to improve the infrastructure, we want government employees to treat individuals with dignity. Later, as the campaign unfolds we will flesh out our positions on the other issues, like the Tal Law.”

Goldstein stresses that Calcala is unique in that it is “the first party in Israeli politics that has American ideals and American ways..It’s not that we want to bring America here, but we want to have a stronger Jewish state that benefits from the American experience.

“American ideas. That’s how we’re different. We bring a novel perspective to the political arena, one that is badly needed. We are able to co-opt the best of both worlds in crafting solutions to the financial issues facing the country…And by making it easier for immigrants to live here, you make it easier for native Israelis to live here and vice versa.” Having said that, the fact that Goldstein was raised in Israel and speaks Hebrew fluently allows him to avoid the ‘outsider’ stigma.

Still, Goldstein says, “our focus is expansive, not for a particular type of person in a particular area. Our focus is those people that are dissatisfied with the way the economy is going…the 18-25 year olds who aren’t voting, and women.” He cites Calcala’s inclusive platform, which entails seven principles: Welfare & Livelihood; Less Taxes & Fees; Health Without Worry; National Security; Bureaucratic Efficiency & Diminution; Higher Education For All; Social & Environmental Consciousness.

Goldstein has high hopes for Calcala: “We didn’t start this party to keep a few Knesset seats warm, we want to be part of a governing coalition…We started this to bring change.” And though he admits there is added pressure with the recent news of early elections, he says that Calcala has already established relationships with other like-minded organizations, as well as a presence in the country: “Unlike bigger parties and politicians, we are going from the bottom up…grassroots. We are in touch with all the local newspapers – over 200 spread over 43 cities or towns around Israel – and we meet them in person and discuss issues they have and what Calcala can do for them.”

With time to prepare, Calcala can look to the 2006 election for inspiration, where Rafi Eitan’s Pensioner party ‘came out of nowhere’ to win 7 Knesset seats and secure a place in the governing coalition. 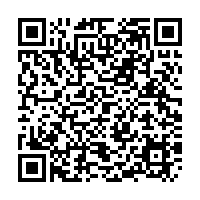