Not everyone is a fan of Boris Johnson, the former mayor of London who was named this week to head the foreign ministry for incoming Prime Minister Theresa May.


The Atlantic has gleefully run two articles in the last 24 hours recounting Mr. Johnson’s history of diplomatic solecisms: one to list them, and the other to list them again in the context of the prompt blowback after his new cabinet post was announced.

A number of foreign ministers and their spokesmen had giggling fits.  But Carl Bildt of Sweden, formerly foreign minister and prime minister, won the meme-stakes hands down with his take, which Atlantic introduces so you don’t have to check and see if it was some elaborate photoshop.

Former Swedish Prime Minister and Foreign Minister Carl Bildt went to the photo archive to belittle Boris, using an image from the moment when the then-mayor of London was trapped on a zipline…

I wish it was a joke, but I fear it isn’t. Exit upon exit.

Frankly, I’m not sure it isn’t Johnson who wins that one.  You only wish, Bildt-arino.

But that’s the wonderful thing about Boris.  No matter what you say, you’re just reacting to some way in which he has preemptively topped you.  You can’t out-Boris him.

In 2007, he managed to endorse Hillary Clinton for president in a manner entirely his own:

“She’s got dyed blonde hair and pouty lips, and a steely blue stare, like a sadistic nurse in a mental hospital,” he wrote, comparing Clinton as First Lady to “a mixture between Cherie Blair and Lady Macbeth, stamping her heel, bawling out subordinates and frisbeeing ashtrays at her erring husband.”

That column, however, was headlined “I want Hillary Clinton to be president,” and in it, Johnson characterized himself as wanting her to win, to his own great surprise – despite the fact “she represents, on the face of it, everything I came into politics to oppose: not just a general desire to raise taxes and nationalize things, but an all-round purse-lipped political correctness.”

He went on to explain that he actually wanted her to be president so that Bill Clinton would return to the White House, concluding that “if Bill can deal with Hillary, he can surely deal with any global crisis.”

In online correspondence, some of my British acquaintances have spoken of this interlude solemnly — even apologetically — and have shown the same sympathetic indignation about Johnson’s swipe at Obama during the run-up to the Brexit vote.  Obama urged the Brits to vote to Remain, but that didn’t sit well with Johnson:

It’s nice of Brits to care.  But most Americans don’t.  About half of them think Obama was born in Kenya.  But it’s indisputable that he is, in fact, part Kenyan.  The Americans who regard it as offensive to mention that are a vanishing minority.  It’s not offensive — it’s just a fact — but perhaps it’s best categorized as frivolous to base your analyses of Obama’s conduct on it.

That would be Boris: frivolous.  He seems like something of a git.  But I think Americans can survive his opinions on our politicians without succumbing to a fit of the vapors.  However long he struts and frets on the world stage, he’ll be by far the most entertaining Official Foreign Minister out there.  And by no means the most foolish. 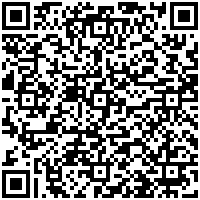