You may have heard that the Iran nuclear talks will continue past the 30 June deadline.  It just won’t be possible to negotiate a “deal” on this charged topic by tomorrow.  That’s not really because no matter how much the Obama-Kerry negotiating team gives in, the Iranians keep reiterating terms for our surrender.  The Iranians have been quite consistent all along.  It’s because Team Obama is dragging its heels on the surrender, making our concessions piecemeal.

The latest concession by the Obama-Kerry team involves the earlier demand, by the U.S. and EU-3, that Iran allow international inspection of the military sites potentially connected with a nuclear weapons program.  Like the other demands once outlined by Team Obama as indispensable (e.g., the “freeze” on new enrichment-related activities, the long-sought disclosures on earlier weaponization work, or “possible military dimensions”), this one was categorically rejected last week by Ayatollah Khamenei in a major policy speech.

The Iranian majlis – the parliament – backed Khamenei’s intransigent stance on military site inspections with a bill prohibiting such foreign inspections.  (Chanting “Death to America!” during the voting added a theatrical touch.)

There’s nothing new about this posture, however.  Iran stated it clearly back in April, when a premature tocsin was being rung for a “deal” that didn’t materialize.  Senator Mark Kirk of Illinois captured the utter incompatibility of the U.S. and Iranian positions in a handy graphic, which remains as valid today as it was then.

John Kerry “dismissed” the ayatollah’s speech in comments on Thursday, which is apparently because our negotiators are going to try to get some sort of “deal” without actually getting Iranian agreement to anything.

One can only conclude that the “deal” will be that we lift sanctions, and Iran doesn’t change her behavior at all.

Now, Team Obama, with the collusion of a friendly media, has been extremely successful since 2009 at presenting the status quo as a major policy achievement for the Obama administration.  Obama has characterized it as a form of “unprecedented” initiative, for example, to do very little more – if anything more – than continue longstanding U.S. policies in areas such as military cooperation with Israel and South Korea.

So it’s quite possible the administration will oversell whatever comes of the nuclear talks by wildly inflating the significance of the current UN inspection regime for Iran.  Suddenly, the continuation of the same inspections the IAEA has been performing since 2003 – and at least four times per year since 2006 – will become the real objective of the Iran nuclear talks, and a key foreign policy triumph for Obama.  If the inspection regime merely continues, that will be counted as a basis for lifting the sanctions.

The same will apply to the achievement of the interim “down-blending” of Iran’s medium-enriched uranium, as part of the 2013 JPOA.  Iran still has virtually all of that down-blended uranium in a state from which it could be restored and enriched again, but that’s not even the point.  The point is that Team Obama is very likely to sell this earlier “achievement” as a basis for, basically, lifting the sanctions without further evidence of bona fides from Iran.

A “deal” in which one side makes all the concessions is, of course, a “surrender.”  Will Obama’s friendly press call him on this?  Forget the press: will enough Republicans and Democrats call him on it in Congress?

Or will Iran herself keep throwing a monkey wrench into the works by fleeing from every concession America makes?  For a negotiating partner that “needs” a deal, Iran sure is hard to pin down.  You’d almost think the Iranians aren’t really that anxious for a deal.  An objective observer would at least entertain the idea that maybe Iran keeps showing up for negotiations in order to keep negotiations going.

Iran would do that to buy time – not against anything the U.S. might do, but, as I have said repeatedly, against what Israel might do, once a spectacularly bad “deal” made it clear that Iran’s path to a bomb was wide open.

As things stand today, Iran’s nuclear timeline is bounded, ultimately, by what Israel might do.  That may change after January 2017, but the mullahs have no reason to think seriously in those terms today.  The strongest likelihood is that the U.S. will not be more of a threat to Iran’s bomb program after January 2017.

(In the unlikely event that, say, Ted Cruz gets elected in 2016, and most of the world situation remains unchanged, Iran’s smart play is to be ready to present a nuclear warhead as a fait accompli between 11/16 and 1/17.  Being in that position would require staving off an Israeli attack between now and then.  So Iran’s best bet is to keep kicking the can down the road, with misdirection and delay in endless negotiations.)

If I had to bet, I would bet on Iran calculating that her best interests lie in stringing this whole thing along, and having to be occasionally induced back to the negotiating table for the next year and a half.  Iran has other things to worry about; namely, the situation on the ground in Iraq, Syria, and Yemen.  (And Afghanistan, for that matter.)

And she has larger purposes to prepare for.  For Iran, her nuclear weapons program isn’t an abstract slice through her national strategy.  It’s an integral piece of the whole, interconnected with everything else.  For multiple reasons, Iran may very well think it’s just too early, right now, to accept the surrender of the United States and Western Europe.

UPDATE: I didn’t see this post by Daniel Greenfield until after I put this one up, but it seems that great minds — to speak with the utmost modesty — have run together, once again.  Daniel’s take is somewhat different, but he keys on the same purposeful endlessness in the Iranian concept for the talks. 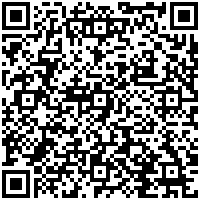