The fifth deadline for a final deal with Iran over its nuclear program is about to pass without ceremony Tuesday night.

The European Union apparently is so flustered that it put George Orwell to shame with what must be the record for the most ridiculous DoubleThink sentence every uttered.

We are continuing to negotiate for the next couple of days. This does not mean we are extending our deadline.

If the language of a final agreement parallels her statement, and if a final deal is as meaningless as the deadlines, we are in big, big trouble.

“The entire agreement right now is at the mercy of a miscalculation on either side,” International Crisis Group analyst Ali Vaez told Bloomberg News. “There won’t be a deal until the last minute, while each side waits for the other to blink first.”

Deadlines have become meaningless. Russian Foreign Minister Sergei Lavrov said at a briefing, We are not observing artificial deadlines.”

Thursday July 9 is the sixth deadline. That is the date Congress imposed for a 30-day review of an agreement, if one is reached. If negotiating continues beyond that date, Congress then will have 60 days for a review, and each day will make it more difficult for President Barack Obama to fight off arguments against a “bad deal.”

Iran sounds like the Palestinian Authority, which balked every time it had a chance to achieve just about everything it wanted in the form of concessions from Israel.

Perhaps the next deadline will be January 20, 2017, when President Barack Obama leaves office. 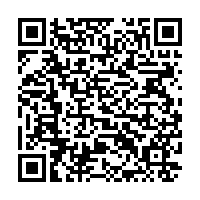