It’s getting harder and harder for even diehard apologists to make a case that the Obama administration supports Israel. The latest news comes after a very rocky period in which the administration tried to do an end-around to coerce Israel into a bad ceasefire deal with Hamas, while experimenting with an unseemly and embarrassing (and short-lived) flight ban to Israel’s international airport, and straightforwardly mouthing the false Hamas narrative about an Israeli attack in southern Gaza.

Now administration officials have disclosed, in a leak-blast full of astonishing quotes, that a shipment of arms to resupply Israel after the recent operation in Gaza was stopped when senior officials became aware of it.


But they aren’t just disclosing that the shipment was halted, and that other shipments will be getting a closer look. They are concocting an entire narrative about the Israelis “outflanking” the administration, running off on their own, and being unreceptive to U.S. influence.

Obama is transparent, if you read his oracular signs with the right key. Most responsible observers have been reluctant up to now to use that key. But there’s really nothing else left to do. We’re beyond the point at which the damaging implications of tailored “leaks” from the Obama administration can be explained away.

The most positive interpretation of the administration’s posture, as revealed in the incendiary WSJ article, is that it is ideologically committed to a radical-left view in which Israel figures as the villain. From this ideological motive, Obama hopes to use American influence to limit and confound Israeli policy. Think of the policy the typical flotilla activist would adopt toward Israel, and that’s the thematic pattern in Obama’s executive-branch campaign. The campaign can’t be waged too overtly, because of the inevitable blowback from Congress.

Characteristically, the latest escapade with the halted arms shipment is being disclosed in a way that will gratify Obama’s radical-left political base. Right away, the disclosure has the Obama signature on it (emphasis added):

White House and State Department officials who were leading U.S. efforts to rein in Israel’s military campaign in the Gaza Strip were caught off guard last month when they learned that the Israeli military had been quietly securing supplies of ammunition from the Pentagon without their approval.

Is Obama ever not caught off guard? This opening sentence explains to his base that he and his top officials weren’t responsible for seeming to approve of the IDF’s operation in Gaza by providing supplies to it.

But the sentence also flat-out lies – by implying that there was something sneaky about Israel’s procurement of ammunition. In fact, Israel was reordering ammunition under Foreign Military Sales cases for which reordering is already authorized, without the need for renewed approval. This is not uncommon with foreign military sales (and is actually acknowledged later in the same article, as Jeff Dunetz points out). Depicting a reorder of ammo as “adroit bureaucratic maneuvering” is worse than tendentious, and can have only one purpose. The purpose is clarified here:

But Israeli and U.S. officials say that the adroit bureaucratic maneuvering made it plain how little influence the White House and State Department have with the government of Israeli Prime Minister Benjamin Netanyahu —and that both sides know it.

Certainly this can be read as the Obama administration distancing itself from Israel in a diplomatic and geopolitical sense. But don’t discount the reality of who Obama is as a politician. He’s equally invested in distancing himself, in the minds of his most loyal supporters, from whatever outcome Israel is able to secure from the current conflict. The narrative crafted by this very tailored “leak” is perfectly designed to appeal to those supporters, who at this point are virtually certain to be disappointed in Israel’s outcome. 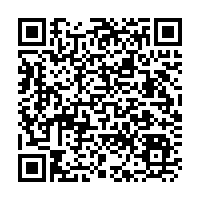