It looks as if Anthony Scaramucci may fill an interesting role in the Trump White House.  Like the cat that famously climbed on the beds of elderly hospice patients when they were within 24 hours of their passing, Scaramucci may signal impending Oval Office ousters by talking trash about them to journalists, just before they get the boot.

Wouldn’t be my way of doing business, but let that pass.  The news that Reince Priebus has been removed as Trump’s chief of staff will be seen by many as confirmation that Priebus is a big leaker — if not the only one — as alleged by Scaramucci.  Fox News’ Kimberly Guilfoyle is also reported to have told Trump that Priebus was a major leaker, during a recent dinner at the White House.

We don’t know the leaking allegations to be valid, and perhaps never will.  For what it’s worth, there are different kinds of leaking going on, and I consider it highly doubtful that Priebus has had anything to do with leaks that touch on national security issues or classified information.  If he’s been leaking, it’s more likely that he’s a source for some of the salacious gossip about who’s knifing whom in the back, and perhaps “what Trump said” in some of the high-level phone calls and other conversations whose contents we keep hearing unauthorized (and unverifiable) details about.

But Trump naming retired General John Kelly as his new chief of staff looks to me like unalloyed good news.  Kelly has been effective as the Secretary of Homeland Security for the last six months, boosting morale in the Border Patrol and getting ICE back to work on its chartered footing at a time of controversy and backlash from some city governments and activists.

Something I have really liked about Kelly is that he has shown admirable institutional loyalty to the directives of the president, without taking the swirling politics personally or involving himself in them by publicly riding hobby horses — or, in fact, showing effusive partisanship for Trump.

On the question of immigration enforcement, Kelly has consistently pointed out that he’s been asked to enforce the laws we have, and that if Congress wants the enforcement to change, Congress can change the laws.  Kelly lets the White House speak for its policy decisions, and — in the conditions of this administration — has done a remarkable job of not letting tales burble out about discontent, anger, backbiting, or any other sort of overhype-able emotional eruption in the Department of Homeland Security.

I wouldn’t doubt that Trump has chosen Kelly to replace Priebus for the history and character Kelly has shown in his stint at DHS.  But I also wonder if Kelly has been selected in part because he is a retired general officer of the same vintage as Defense Secretary Mattis.  There have been signs this week of something approaching insubordination from Mattis and H.R. McMaster (more in a separate post), and Kelly in the chief of staff position may be an exceptionally good pick to help manage an emerging problem like that.

In any case, I wish Priebus the best in his next move.  I never thought he was the best choice as chief of staff, but neither have I seen any reason to see him as a disgrace.  As for Kelly, he’s walking into something that will be a tougher challenge than homeland security.  He’s a good choice, and we have reason to hope for good things to come of it. 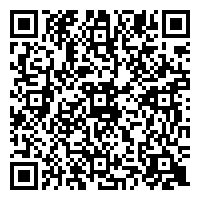