The week of the 9th of Av (Monday night) began with joy, the Temple Organizations Headquarters reported Sunday morning, as 278 Jews strolled around the periphery of the holiest site on the planet.

Despite the security brouhaha and shameful capitulation, which followed five cowardly and brutal murders by Arab terrorists, a new week began on the Temple Mount and hundreds of Jews crowded at the entrance, eager to ascend to our Father’s place all mikvah-cleansed joyous.


On Destruction Tuesday, a.k.a. Tisha B’Av, the number of Jews on the Temple Mount is expected to reach a new record, say the folks at the Temple Organizations Headquarters. It’s official, more Jews than at any time during the past 1947 years are returning to the house of God. It’s no wonder the cousins are anxious. As Prof. Mordechai Keidar puts it, Muslims don’t even have a theological tool with which to process the fact that the original owners are back the Solomon’s Temple, and they appear quite alive—replacement doctrines notwithstanding.

Among Sunday’s ascendants we were told you could find the head of Yeshivat Har Etzion Rabbi Yaakov Medan, the head of Yeshivat Heichal Eliyahu Rabbi Shaul David Buccko, the Rabbi of Yeshivat Har Etzion Rabbi Yitzchak Levi, Rabbi Elisha Wolfson, author of “Leshichno Tidreshu” (the title is based on the verse in Deuteronomy regarding the building of God’s Temple: “Unto the place which the Lord your God will choose out of all your tribes to put His name there, His habitation you will seek, and there you will come.” Deut. 12:5), Rabbi Yehuda Chelouche of Netanya, Rabbi Chaim Chayat, a student of Rabbi Moshe Feinstein, and many other Israelites, each one of them a precious, sparkling star, who have awakened o seek and come to the Place He chose.

The Waqf has returned to the Temple Mount, after two weeks of a blessed absence, report the Temple Organizations Headquarters. But despite the official return of the Waqf, Israeli police allowed only one Wakf official to accompany the Jewish groups, as ordered him to do it from a respectful distance. Other than that Jordanian agent, the Temple Mount was almost empty of Muslims Sunday. 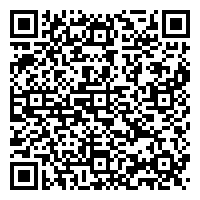