Changes from week 3 to week 4:

Yesh Atid moves up to 4th, Koolanu drops to 5th.

Prime Minister Netanyahu’s future coalition possibilities are becoming more limited as the campaign goes on. In the first three weeks there was not a single poll that had his potential partners falling under 70 seats and now his current high-low is 72-67. Shas, Yisrael Beitenu & now Koolanu are bleeding votes and Yishai might not pass the threshold. Likud still has the best shot at forming the next government, but that could change as time goes on.

Labor & Likud gained this week at the expense of the center parties. This is supposed to be the time period that Likud & Labor, who are both deeply involved in their primary elections, are temporarily overtaken by the momentum of center parties. The center parties usually take advantage of this period to get a head start on their general campaign and instead chose to involve themselves prematurely with “kingmaker scenarios” which has proven unpopular by the public. If you lead a center party, 80 days before an election is not the right time to leak to the press possible coalition blackmail conspiracies.

The corruption scandal this week will probably not help Yisrael Beitenu. Previous corruption scandals have helped Liberman in the past, but his party is in a tailspin and is losing support on a weekly basis. Before the scandal broke, Foreign Minister Liberman decided it was time to move to the center, and his close associates leaked his planned shakeup. The entire right-wing flank including his #2 Minister Shamir, #3 Minister Landau and loyalist MK Rotem – out. Former Labor MKs such as Landver and Litinsky are safe, with an eye at grabbing Livni Party refugee MK Stern. Today Yisrael Beitenu has 13 seats in the current Knesset, in week 4 they are averaging 8 seats, and their current high-low is 10-5.

The biggest loser of the week was Koolanu. They dropped 1.4 seats, fell out of 4th place, and this is in the week where they finally announced their #2 – Michael Oren. Maybe Kahlon should stick to domestic issues, his strong point, which all polls show are the main focus of Israelis in this election.

In a scenario poll (not averaged in here) Shas fell under the threshold in a poll for the first time since the 1980s. In 6 of the 8 polls this week Shas fell under their weekly average of 5.3 seats. Many Shas MKs are waiting to see where they are placed on the list and some of them have made it clear they will jump ship to Yishai’s party if they are not happy with their spot. That is 10 Shas MKs fighting over 4-6 realistic spots. Yishai clearly says in every interview that he will support Netanyahu, because every poll indicates Shas voters prefer Netanyahu over Herzog. Deri refuses to commit himself to Netanyahu, and now finds himself within the threshold’s margin of error.

This week’s Likud primary will be covered heavily by the press and might involve some interesting scenario polling. Expect more scenario polling of the United Arab List until they formally sign an agreement. We will get better numbers from Yisrael Beitenu as more details of the latest corruption probe come to light. It will be interesting to see how Koolanu does as Kahlon releases more names on his Knesset list. 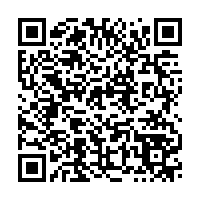