The tzaddik Reb Raphael of Barshad never told a lie, and would constantly admonish others to speak the truth even if it was a matter of life and death. He would refer to the sentence in the Torah (Shemos 23:7): “Midvar sheker tirchak. From a false matter you shall keep far away.” He would interpret it to mean: If a person speaks falsely, he will become far from G-d.

Reb Raphael would usually visit the Maggid, Reb Yisrael of Rozin. When he was ready to depart, Reb Yisrael would tell his sons to accompany Reb Raphael to the outskirts of the town. When they would return home, their father would ask, “What did the tzaddik Reb Raphael tell you before he left?”


They would always answer the same thing, “He admonished us never to utter a false word, for honesty is the most important thing in life.”

One day when the sons returned home, they mentioned to their father that Reb Raphael did not say a word when he left them. The father remarked, “I’m sure that the tzaddik must have forgotten. Mark my words, when he reminds himself about it, he will come back here to warn you not to say a false word.”

Sure enough, an hour later, Reb Raphael returned to the town and came to Reb Yisrael’s home and called over his sons and said, “I trust you will forgive me, when I was out of town I suddenly reminded myself that I had forgotten to warn you not to say a false word!”

He Died Rather Than Swear Falsely

In a town not far from Barshad, a Jew was taken into custody and accused of having committed a terrible crime against the government. If convicted he would face the death penalty. The Jew vehemently protested his innocence and retained counsel to represent him. Inasmuch as all of the evidence was circumstantial, the government officials agreed that if Rav Moshe Tzvi of Soran and Reb Raphael of Barshad would swear at the trial that the defendant’s character was irreproachable and honest he would be freed.

The defendant’s wife and children immediately rushed over to the homes of these two tzaddikim and pleaded with them to agree. Rav Moshe Tzvi loved every Jew, good or bad, and he would gladly sacrifice his life for one, but he was fearful of swearing falsely. However, to save a life he was prepared.

Reb Raphael, however, did not find it so easy to convince himself to testify to a matter of which he knew nothing about. “This would be swearing falsely,” he reasoned, “and I have made it a point, all my life, to preach about the truth.”

Listening to the man’s children crying in his outer chamber, Reb Raphael was troubled. The trial was the next day and he hadn’t as yet told the family what he would do. “To save a life has priority over everything in the Torah,” he said to himself. “Reb Moshe Tzvi found a heter for himself. I, who am not a great man, should also be able to do the same.”

With these thoughts, Reb Raphael began to tremble. “Lord of the Universe!” he shouted. “Why do you put me to such a test? If I don’t testify, a man will die. And if I do testify I will be swearing falsely. Better that I die than swear falsely.”

Reb Raphael was an old man and not too strong. He put his head down and began to cry bitterly until, out of anguish, his holy soul departed and he died.

When the news of Reb Raphael’s death became known it created an uproar in the country. Even the government officials were frightened. The defendant appeared before the judge and admitted his guilt. The judge, realizing that one man had already died for this crime, did not sentence the man to death, but to imprisonment. 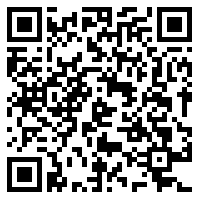