In a society where privacy is at a premium, unpopular views are shouted down in public venues, and the most personal facts of people’s lives are casually revealed on social media, the therapist’s office has been one of the last bastions of safe speech. Psychotherapy patients can converse with their chosen counselors without fear of exposure, shaming, or outside interference.

That has been changing, and a recent New York City law currently being challenged in federal court goes further than ever in dictating the parameters of private therapy sessions. The unsubtly titled “Counseling Censorship Law” prohibits mental health counselors from helping individuals with homosexual feelings or gender identity issues work to overcome them.


Unlike so-called “conversion therapy” bans in other jurisdictions – to date, 18 states and more than 50 cities and counties have enacted them – New York’s law applies not only to minors but to patients of all ages. It also carries stiff financial penalties for practitioners.

One of those practitioners, Brooklyn psychotherapist Dr. Dovid Schwartz, an Orthodox Jew and a member of the Crown Heights Lubavitch community, has filed a lawsuit in the United States District Court for the Eastern District of New York, alleging that the law violates his and his patients’ rights to free speech and free exercise of religion under the First Amendment. The plaintiff also assails the law’s vagueness in failing to define subjective terms like “identity exploration and development” and “change,” which makes him vulnerable to prosecution.

The city’s ban, says Roger Brooks, senior counsel for Alliance Defending Freedom (ADF) which is litigating the action, “intrudes into the privacy of a counselor’s office to censor an entirely voluntary and very personal conversation between an adult and the counselor or psychotherapist he has chosen.”

The lawsuit – like the plaintiff, his patients, and the therapy they pursue – is animated by principles of faith, specifically Torah laws and values. “[T]his case is not just about whether a menorah can go up in a public square,” says lead local counsel Barry Black, of Nelson Madden Black LLP, who is working together with ADF. “It involves the essence and core of religious practice.”

Virtually all of Schwartz’s patients are Orthodox, including many fellow Chabad adherents. A small subset of them seek his help, either initially or in the course of ongoing psychotherapeutic treatment, to deal with unwanted feelings of “same-sex attraction.” (That is the term of choice favored by Schwartz and many in the religious world, revealing a far less rigid view of human sexuality than the terminology used by the defendant and the culture at large.)

In his affidavit, Schwartz asserts that he “does not attempt to increase opposite-sex attraction or change same-sex attraction in patients who do not desire his assistance in that direction,” and “never promises that these goals will be achieved.” He further notes that some of his patients have succeeded in reducing or eliminating their unwanted attractions, while some have not or have chosen not to continue the process.

Moreover, the lawsuit stresses that the plaintiff’s counseling sessions with his patients consist solely of talking and no other interventions. This is significant because reports from New York City’s Commission on Civil Rights relied on by the City Council and cited by the defendant refer repeatedly to the fact that conversion therapy, known by its critics as SOCE (sexual orientation change efforts), has in the past been associated with electro-shock treatment, castration, and other painful practices designed to dissociate individuals from their impulses. One of the key questions the court must decide is whether talk therapy alone is a form of speech – and thus constitutionally protected – or commercial conduct, which is subject to regulation.

Notably, New York’s law does not make therapist-patient discussions about sexual orientation or gender identity struggles verboten, but rather limits those to a single track aimed at encouraging patients, their personal or religious beliefs notwithstanding, to accept their unwanted feelings. Says Brooks, “This law threatens core rights of freedom of religion – the right to strive to live according to the teachings of your faith, and to seek the help of others who share your faith convictions in that effort.”

It’s not often that legal filings contain quotations from the writings of the Lubavitcher Rebbe, but Schwartz’s petition (as well as a supporting affidavit from Rabbi Dr. Tzvi Hersh Weinreb, former head and now vice president emeritus of the Orthodox Union and himself a veteran psychologist) draws heavily on the teachings of the late Rebbe, Rabbi Menachem Mendel Schneerson, with regard to the Torah approach toward Jews struggling with homosexual impulses.

In one of his cited letters, the Rebbe writes, “The fact that the problem may largely be congenital does not alter the situation. Every day children are born with particular natures and innate tendencies or drives, some of them good and some of them bad…. The Creator endowed human beings with the capacity to improve, indeed even to change their ‘natural’ (i.e., innate) traits.”

The Rebbe writes further, “If an individual experiences a particularly difficult, or trying, situation, it may be assumed that Hashem has given him extraordinary powers to overcome the extraordinary difficulty… [T]he trial may therefore be designed for the sole purpose of bringing out in the individual [his or her] hidden strength.”

In opposing the lawsuit, the city presents the issue as one of consumer protection, branding conversion therapy as an “unfair, predatory commercial practice” that “generally fails to achieve what it is designed to do” and can harm the mental health of patients. The defendant stresses that the practice has been widely discredited in the field, an assertion that, even if true, doesn’t take into account societal factors – e.g., arguably a sea change in cultural perceptions of sexual orientation and gender identity – which have contributed to that near-consensus.

The plaintiff is seeking a preliminary injunction barring the city from enforcing the law during the pendency of the lawsuit, and ultimately to have the ban struck down as unconstitutional. A hearing is scheduled for June 19 before Judge Raymond J. Dearie in Brooklyn federal court.

Regardless of the outcome of that initial hearing, the case is likely to involve a long legal journey. Schwartz’s attorneys told The Jewish Press they believe this case will be of interest to the U.S. Supreme Court if it has to go that far. 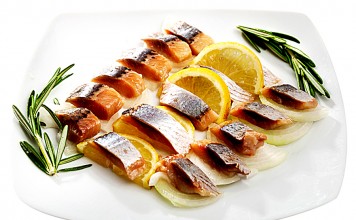 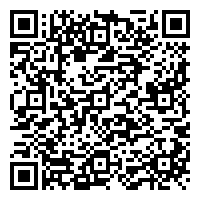