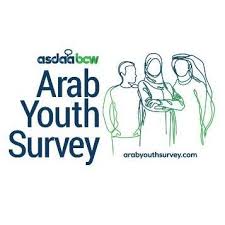 Results of a recent annual survey of Arab youth concerns about their future suggest that Arab autocracies have yet to deliver expected public services and goods or explain autocratic efforts to promote nationalism. They indicate that jobs and social freedoms are more important to young Arabs than political rights.


Western governments have so far uncritically supported social and economic reform efforts rather than more forcefully seek to ensure that they bear fruit, and have been lax in pressuring regimes to curb excesses of political repression.

Critics charge that the survey by Dubai-based public relations firm asda’a bcw, which focused on the 18-24 age group, was flawed because it gave a greater weighting to views in smaller Gulf states as opposed to the region’s more populous countries, such as Egypt. The survey used small samples of up to 300 people and did not include Qatar, Syria, or Sudan.

The results are a mixed bag for Arab autocrats. They suggest that squaring the circle between the requirements of reform and youth expectations could prove to be regimes’ Achilles’ heel.

A majority of youth, weaned on decades of reliance on government for jobs and social services, say governments that are unilaterally rewriting social contracts and rolling back aspects of the cradle-to-grave welfare state have so far failed to deliver.

Even more problematic, young Arabs expect governments to provide for them at a time when reform requires streamlining of bureaucracies, reduced state control, and stimulation of the private sector.

A whopping 78% of those surveyed said it was the government’s responsibility to provide jobs. An equal number expected energy to be subsidized, 65% complained that governments were not doing enough to support young families, and 60% expected government to supply housing.

There appeared to be a similar gap between the foreign and regional policies of governments and youth aspirations.

Assertive policies, particularly by Gulf states, that have fueled regional conflicts, including wars in Libya, Syria, and Yemen, the Saudi-Iranian rivalry, and the two-year-old diplomatic and economic boycott of Qatar, run counter to a desire among a majority of those surveyed to see an end to the disputes. Like their Saudi, Emirati, and Bahraini rulers, 67% of young Arabs see Iran as an enemy.

The survey also suggests that the Israeli-Palestinian conflict, contrary to common wisdom, is an issue that resonates. With 79% of those surveyed saying they are concerned about the dispute, the question arises whether the Gulf’s rapprochement with Israel and support for Donald Trump’s peace plan enjoys popular support.

The suggestion that Gulf policies towards the Israeli-Palestinian conflict may not be wholeheartedly supported is bolstered by the fact that the number of people surveyed this year who view the US as an enemy rose to 59% compared to 32% five years ago.

Similarly, Arab leaders’ reliance on religion as a regime legitimizer and efforts to steer Islam in the direction of apolitical quietism are proving to be a double-edged sword and one probable reason why men like Saudi crown prince Muhammad bin Salman have sought to reduce the role of the religious establishment by promoting hyper-nationalism.

Some two-thirds of those surveyed felt that religion played too large a role, up from 50% four years ago. Seventy-nine percent argued that religious institutions need to be reformed, while half said that religious values are holding the Arab world back.

Publication of the survey coincided with the release by the US Commission on International Religious Freedom (USCIRF) of its 2019 report. The report designated Saudi Arabia as one of the world’s “worst violators” of religious freedoms, highlighting its discrimination against Shiite Muslims and Christians.

“Shi[ite] Muslims in Saudi Arabia continue to face discrimination in education, employment, and the judiciary, and lack access to senior positions in the government and military,” the 234-page report said.

Leaders of the United Arab Emirates, accused by human rights groups of systematic violations, are likely to see a silver lining in the survey and a reconfirmation of their policy of economic and relative social liberalism coupled with absolute political control.

Forty-four percent of those surveyed named the UAE as their preferred country as opposed to less than 22% opting for Canada, the US, Turkey, or Britain.

In a white paper accompanying the survey, Afshin Molavi, a senior fellow at the Foreign Policy Institute of the Johns Hopkins University School of Advanced International Studies, concluded that the survey showed that “the demands and dreams of young Arabs are neither radical nor revolutionary” and that they were unlikely to “fall for the false utopias or ‘charismatic’ leaders their parents fell for.”

Jihad Azour, the International Monetary Fund’s top Middle East person, said in his contribution to the white paper that “what is needed is a new social contract between MENA (Middle East and North Africa) governments and citizens that ensures accountability, transparency and a commitment to the principle that no one is left behind… The latest youth survey makes clear that we have a long way to go.” 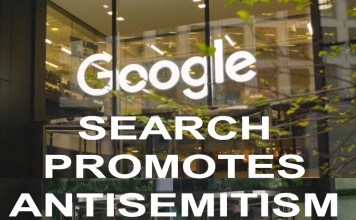 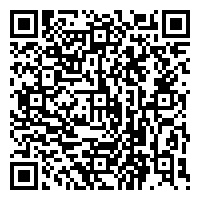