Despite the constant threat of terror in Israel’s capital city, Jerusalem Mayor Nir Barkat has announced that “Jerusalem is one of the safest cities in the world.”

Supporting his claim, the mayor stated that the “murder rate in Jerusalem is only one per every 100,000 residents, which is far lower than most major cities.”

He added that “we have zero misuse of guns.”

The statements were made to a delegation of American Jewish leaders in Israel with the Conference of Presidents of Major American Jewish Organizations. Barkat raised the issue as U.S. leaders grapple with controlling gun violence in cities and suburban areas.

Barkat explained that there is a series of reasons that keep Jerusalem safer than most metropolitan centers. First, he said, “we have the best secret service” with superior active intelligence capabilities to prevent terror attacks before they occur.

Next, “our public is extremely alert and always looking for something suspicious . . . and alerting professionals whenever they see something,” stated Barkat.

Citing the character of Jerusalemites, Barkat noted that “people care very much about one another” and “look out for one another’s well-being” more than in most American cities.

Barkat similarly noted that Jerusalemites are trained in dealing with Arab terror, including the fact that a large number of Jerusalem residents have served in the military, with many actively called up annually for reserve duty.

If and when a terror attack occurs—unlike in foreign cities, where the first instinct in a terror attack is to take cover—Jerusalemites “are willing to take risks” to protect their fellow citizens.

“A terrorist attack is usually over in 60 seconds because people care and are willing to take charge, even at risk to their own lives,”said Barkat. “Many times, civilians know how to tackle terrorist better than police. Because we are trained in war.”

Civilian handguns are an essential component of Israel’s security apparatus, yet Barkat noted that “only 3 percent of the population carries guns, and those who have them know how to use them.”

“This is why I always encourage those with handguns to carry them,” he said. 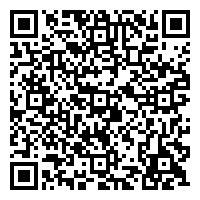