“But the more they afflicted them, the more they multiplied and grew,” (Exodus 1:12) Prime Minister Benjamin Netanyahu giddily posted on his Facebook page, above the results of a Likud-ordered survey conducted on Monday by GeoCartography, showing that, indeed, as the ten different police investigations (at last count) of corruption in the PM’s house gain speed, his popularity is increasing dramatically.

While paid-for surveys should be taken with a grain of salt, and Netanyahu did not offer details regarding the poll’s methodology and sample size, these numbers fit a trend that has begun more than a week ago and can be traced to the police leak that the PM’s main nemesis for the crown, Yesh Atid chairman Yair Lapid, agreed to testify against him in court and, in fact, is considered a “key witness” in the file 2,000 investigation of Netanyahu’s dubious relationship with the owner and publisher of media giant Yedioth Aharonoth, Arnon (“Noni”) Mozes.

The stunning survey says that, should new elections were held last Monday, the Likud with Netanyahu at the helm would have received 34 seats, the highest figure since the last elections in which Likud received 30 seats.

But wait, there’s more: Lapid’s Yesh Atid drops to 20 seats, having reached as many as 29 in last year’s polls; Habayit Hayehudi becomes the third-largest faction in the house, with 14 seats; Labor (Zionist Camp) slides down to 12 seats (from its current 24); United Torah Judaism gains an unprecedented 9 seats, at the expense of Shas, which fails to pass the threshold and disappears from Israeli politics for the time being.

Avigsor Liberman’s Yisrael Beiteinu is stuck with the same 6 seats it scored last elections; Kulanu sinks to 7 seats (from 10); Meretz gains one seat, with 6; and the Joint Arab List is down to 12 seats (from 13).

The prevailing notion in political circles and the media in Israel this morning is that, should the Attorney General decide to file an indictment against the PM in one or more of the investigation cases, Netanyahu would prefer to preempt the inevitable calls for his resignation and be the one to announce early elections. In fact, should the indictments against him include breach of trust, Netanyahu is likely to ask for the public’s renewed trust at the polls.

Israel Hayom on Wednesday morning cited Deputy Foreign Minister Tzipi Hotovely (Likud), who said that “the understanding in the political system is that if an indictment is filed against Netanyahu, the current government will not remain in place.” The same paper also quoted a senior Kulanu official who said, “The assessment is that Netanyahu will not force us to face a dilemma and will dismantle the government himself.” 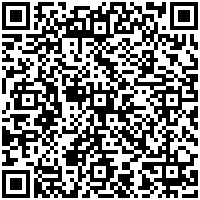