In June 1967, Israel overcame the dire threats of its enemies in six days. As Israeli paratroopers liberated the Old City of Jerusalem, and General Motta Gur proclaimed, “The Temple Mount is in our hands,” world Jewry joined with their brethren in Israel, as they rejoiced over the moment of amazing victory while breathing heavy sighs of relief. For the following 49 years, Yom Yerushalayim on the 28th day of Iyar, celebrated the achievements from those euphoric moments-the unification of Jerusalem.

Today, there are ‘prominent’ American Jews who seek to erase that monumental day, as they seek to wrest from the Jews, their heart and soul—Jerusalem.

They sit by the rivers of the Hudson, East, and Potomac, and weep over the return of Jews to the Temple Mount and bemoan the splendor of a united Jerusalem.

According to a recent report in the Jewish Telegraphic Agency by Ron Kampeas, a think tank known as the Israel Policy Forum, comprised of influential American Jews and some left wing Israeli military officials, has been pushing for the two state solution, which would involve relocating ‘settlers,’ as well as preparing Palestinian sovereignty over Jerusalem. They claim to be devising a plan for the next presidential administration to achieve that end.

According to IPF board member and former Chairman of the Conference of Presidents of Jewish Organizations, Alan Solow , “Taking on the perspective from those in the pro-Israel community, the only reasonable Zionist solution is to have two states for two peoples.”

This only further proves that the two largest Jewish communities in the world, America and Israel, are separated by far more than an ocean? Due to the passage of time their positions have grown so far apart that they are almost beyond recognition. As the Jewish future increasingly becomes more predominantly footed in Israel, the views and interests of a large portion of American Jewry, are increasingly out of touch with those of the people of Israel regarding Israel’s sovereign rights and vital security.

A recent poll demonstrates this disparity, finding that 74% of Jewish Israelis oppose the establishment of a Palestinian State along pre-1967 borders. Of those who supported centrist parties in the most recent elections, 63% claimed to oppose Palestinian Statehood.

In the last Israeli election, the far left party, Meretz, received a mere total of five seats out of 120.

What if Israel listened to the voices calling for retreat? If they surrendered West Jerusalem when the United Nations demanded in 1949, or had caved into world pressure and evacuated the Old City at anytime over the past decades. Where would Israel be today in terms of its national identity and security?

Who elected these people?

To these barons who sit upon their thrones who seek to thwart the will of the Jewish people:

The Arabs have far more than ample lands with many capital cities, while the Jews have a small sliver of territory with just one eternal capital? True peace is about coexistence, not surrendering one’s capital, one’s birth right.

Despite the revisionist propaganda denying Jerusalem’s vital importance to the Jews, the historical connection can never be expunged.

The surrender of Jerusalem will never satisfy the Islamists; it would only embolden them to continue their battle for dominance over Israel and ultimately the entire world.

Those American Jewish leaders who seek to press Israel and say “For Zion’s sake, cut and run” will go down in history as failures like so many Jewish leaders in the past.

Jerusalem beckons our prayers, good deeds, and action. Jerusalem calls out for the ‘Voice of Jacob,’ to fulfill Isaiah’s words uttered over 2500 years ago, “For Zion’s sake I will not be silent, for Jerusalem, I will not be still.”

Those who stand with Zion, speak out! 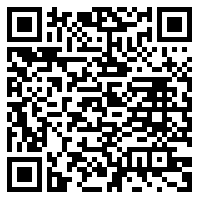