“Who has ever heard of a full-scale regional war beginning on a Monday and ending by Saturday the same week?” asks the book “The Six-Day War Scroll,” published by the Mizrachi World Movement. It was a war where one tiny country of 2.5 million defended itself resoundingly against five neighboring countries with a combined military might of twice the number of soldiers, three times the number of tanks and four times the number of aircraft.

For three nail-biting weeks Israel was facing existential danger where many were imagining a return of the Holocaust, and then, one morning, the country and the nation experienced what could only be described as supernatural redemption, repelling the enemies and returning to ancient Biblical lands, including the holiest site, the Temple Mount in the Old City of Jerusalem.

“Six Days of Miracles” is an uplifting historic short highlighting the miraculous events of the Six Day War and emphasizing the Divine hand orchestrating these remarkable events from behind the scenes, based on the book. The Mizrachi World Movement has partnered with the author of the Hebrew edition Dr. Hagi Ben-Artzi and the Sifriyat Beit El publishing house in bringing this new Hebrew/English edition to the English-speaking world.

The film opens with a thought-provoking quote by Albert Einstein: “There are only two ways to live your life: one is as though nothing is a miracle, the other is as though everything is a miracle.” For most Jews, every passing year reveals even more intensely the divine miracles that began with the 1967 war, and are still with us. 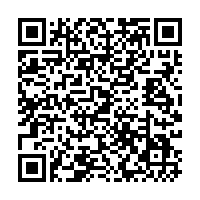