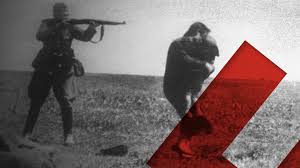 *Editor’s Note: This is part XIV in a series from Dr. Grobman. You can read Part XIII, here


With the German invasion of the Soviet Union on June 22, 941, the Reich began the first stage in the campaign to exterminate the Jews of Europe. Historian Ronald Headland noted this “represented the last radical step in the process of dealing with the so-called ‘Jewish Problem.” Hitler did not envision this be a conventional war asserted historian Jürgen Förster. He planned and organized a Vernichtungskrieg, (a war of annihilation) to achieve his concept of Lebensraum (living space) by conquering Russia. The “idea of acquiring living space,” Förster said, was “inextricably intertwined with the extermination of Bolshevism and the Jewish people, with the doctrine of economic self-sufficiency, and with the strategic necessity of thereby winning the war against Great Britain.”

Implementing the Final Solution became the task of the Einsatzgruppen (four mobile units), designated as A, B, C, and D, which followed behind the advancing Wehrmacht, the German army. They operated in the Baltic states, in Belorussia, Ukraine, and Crimea. Each was divided into sub-units called Sonderkommandos or Einsatzkommandos. There were between 600 to 1,000 men in each Einsatzgruppe, although the exact number varied as conditions changed. The total number came close to 3,000.

The Einsatzgruppen served under the direction of Reichsführer-SS Heinrich Himmler and the supervision of SS-Obergruppenführer Reinhard Heydrich. Among the leaders of 17 of Einsatzgruppe, there were 11 lawyers, 9 of whom had doctorates according to historian Peter Longerich. Historian Christopher Browning added that of the four Einsatzgruppen three commanders had a total sum of four doctorates, one of whom SS-Gruppenführer Otto Rasch, had two doctorates. Of the 17 chiefs of the Strafkompanie (SK), penal work division in the concentration camp, Einsatzkommandos (EK), sub-group of the Einsatzgruppen, and the Vorkommando, (Sonderkommando 7c), seven also had doctorates.

Headland stated that the leaders of the Einsatzgruppen were born between 1900 and 1910, thus they were in their 30s or early 40s, and were too old to have participated in the Hitler Youth Movement. Before beginning their careers in the SD, Nazi Party intelligence service and police, they worked in medicine, theology, economics, education, business, law and architecture. He found it interesting that even though the members of the Einsatzgruppen were recruited from the Security Police, the Security Services (SD), the Gestapo, the Criminal police (Kripo), the uniformed police or Order Police (Ordnungspolizei), the Waffen SS and conscripts unfit for front-line duty, the Nazi leadership recognized the necessity to explain why Jewish woman and children were being executed. The reasons included: “strong suspicion” of having committed arson and were found in the forest where German soldiers had been killed and were murdered as part of a “Wehrmacht pacification action. Twenty-eight Jewish women were shot for being “extremely obstinate” and for not wearing the Jewish badge.

Historian Karl Dietrich Bracher found equally disturbing the claim by Himmler that those involved in the annihilation of the Jewish people had remained decent. “Most of you know what it means to see one hundred corpses piled up, or five hundred, or one thousand,” Himmler told a group of SS leaders in Posen on October 4, 1943. “To have gone through this and-except for instances of human weakness-to have remained decent, that has made us tough. This is an unwritten, never-to-be written, glorious page of our history

Historian Helmet Krausnick added that in a speech by Heinrich Himmler on October 16, 1943 to the Reichsleiters (the second-highest political rank of the Nazi Party) and Gauleiters (regional Nazi party leaders), about the necessity of murdering every Jewish woman and child, he would not have been “justified In getting rid of the men-in having them put to death, in other words-only to allow their children to grow up to avenge themselves on our sons and grandsons. We have to make up our minds, hard though it may be, that this race must be wiped off the face of the earth.”

Whatever initial reservations there might have been about murdering Jewish women and children, which Himmler’s speech suggests, this hesitancy ultimately did not prevent the Einsatzgruppen from killing them as part of their mission to annihilate the Jews, Gypsies, communist officials and anyone deemed an enemy of the Nazi regime in the eastern front Headland concluded. They were murdered individually or en masse.

The decision by the Einsatzkommandos to recruit local Lithuanians, Latvians or Ukrainians in the mass murders had two objectives, according to historian Jonah Goldhagen. Enlisting the indigenous population freed Germans from engaging in the appalling task of murdering innocent civilians. Ostensibly, it would also strengthen the resolve of the German soldiers to murder Jewish women and children after observing the “just revenge” of the local population, allegedly for the suffering inflicted upon them by Jews. Initially, the massacres were limited to a few hundred or thousand to prevent the soldiers from being overwhelmed by the extent of the killings that would ensue. This progressive approach reflected the German view they would quickly defeat the Soviet Union, and therefore there was no need in hurrying to murder the Jews. Additionally, the drive to annihilate them was an innovative undertaking requiring the Germans to experiment with different techniques to determine the most logistically efficient and effective methods to accomplish their objective.

Often local citizens assisted the German army in a number of ways. Some enthusiastically participated in the process of destruction either by shooting Jews, identifying them or serving as camp guards. In the Holocaust by Bullets, Father Patrick Desbois found that civilians who were “requisitioned” often at gun point to dig pits where Jews would be buried. Once shot, locals, mostly children, were  given bags and pincers to extract gold teeth from the dead Jews, and then ordered to throw dirt on the bodies. They also collected their clothes. In another area, the Germans urged the Romanians to murder the Jews because they had typhus. Teenagers were “requisitioned” to obtain hemp and sunflowers to burn the corpses.

After the executions, the children were instructed to clean the area with chorine and ash to stop the blood from oozing out of the pits. At times more than 150 children, who had been preselected before the shootings, were employed in these mopping up operations.

At least half a million German women went to Eastern Poland, the former Russian territories under German occupation, and today’s Ukraine, Belarus, Lithuania, Latvia, and Estonia, where they became “integral parts” of the campaign to annihilate the Jews of Europe asserted historian Wendy Lowe. In Hitler’s Furies, she stated that although the SS and police were the primary murderers and controlled these organizations, the legions of 200,000 secretaries “zealously” enabled the mass murder juggernaut to function.

Approximately four hundred thousand German Red Cross trained women were sent either to near the front lines or in rear areas. Nurses who operated in the war zones aided in medical experiments and administered lethal injections. These woman were “not marginal sociopaths,” Lower said. They viewed their cruel and vicious acts as “expressions of loyalty.”

Their primary mission was to care for the soldiers, increase their self-confidence and restore their health. They served in field hospitals of the Waffen SS and the army, provided refreshment to troops on train platforms, worked in hundreds of soldiers’ quarters where they socialized with the troops.

When Was the Actual Order For Destruction Issued?

In “The Tasks of the SS Einsatzgruppen,” Alfred Streim, the late chief prosecutor of Nazi war crimes in West German, asserted “The actual order for destruction was issued between early August and September 1941, with the Jews being the primary target of the Einsatzgruppen.”  He explained, that “Although women, children, and old persons were also arrested during the raids, they were in general not killed immediately but segregated from the rest of the population and incarcerated for the time being; they were shot only between the end of July and the beginning of August 1941.” 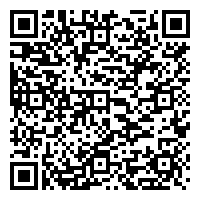