*Editor’s Note: This is part XXIII in a series. You can read Part XXII, here

In his autobiography, Challenging Years: The Autobiography of Stephen Wise, Wise said as soon as he received Riegner’s telegram, he immediately communicated with Sumner Wells, undersecretary of state, a personal friend of Roosevelt, who had always been “deeply understanding and sympathetic.” Historians Richard Breitman and Alan M. Kraut explain Wells had “a humanitarian streak,” and was friendly with Eleanor Roosevelt, who had for some time voiced her concern about the Nazi persecution of the Jews. In the end, Wells might not be disposed to do all of Wise expected, but he would clearly not ignore him.


Welles asked Wise “not to release the information until an attempt had been made to confirm it.” Breitman and Kraut said Wells agreed Riegner’s report might be accurate but asked why would the Nazi murder mass numbers of Jews when they were required for slave labor. Wells also reminded Wise about the fake atrocity stories in World War I. Pending Wells return from vacation, and until the information could be investigated, he asked there be no publicity.

Wise contacted US Supreme Court Judge Felix Frankfurter to suggest he might share the information with Roosevelt. In Stephen S. Wise, Servant of the People, Wise wrote: “Perhaps he [Roosevelt] will not be able to avert the thing, but one somehow feels that the foremost and finest figure in the political world today should not be without knowledge of this unutterable disaster which threatens and may now be in process of execution.”

Historian David Kranzler noted that on September 3, 1942, Recha and Yitzchok Sternbuch from St. Gallen, Switzerland, who founded the Relief Organization for Jewish Refugees Abroad, sent a cable to Jacob Rosenheim, president of the Agudath Israel World Organization in New York alerting American Jews about the mass slaughter of Jews in Europe. The cable arrived via the Polish Consulate in New York addressed to Dr. Isaac Lewin. Lewin delivered the cable to Rosenheim one day after he received it: The cable, which was delivered to Wise, read: “According to recently received authentic information, the German authorities have evacuated the last Ghetto in Warsaw, bestially murdering about one hundred thousand Jews. Mass murders continue. From the corpses of the murdered soap and artificial fertilizers are produced. The deportees from other occupied countries will meet the same fate. It must be supposed that only energetic reprisals on the part of America could halt these persecutions. Do whatever you can to produce such a reaction, stirring up statesmen, the press, and the community….”

The Sternbuch cable wrongly claimed that the Germans made soap and artificial fertilizer from the Jewish corpses.

In response to the request to alert the community, Breitman and Kraut wrote, the Union of Orthodox Rabbis called a meeting of the representatives of the leading American Jewish organizations: the American Jewish Congress, the American Jewish Committee, the Jewish Labor Committee, B’nai B’rith, Agudath Israel, Mizrachi, Poale Zion, and others. Wise, who chaired the meeting, told the delegates about the Rieger and Sternbuch reports, and how the State Department requested there be no publicity at this point.  The assembly recommended that Roosevelt appeal to Germany to cease murdering the Jews, warn German leaders they would be held accountable for their war crimes, urge neutral countries to intercede and have the US  threaten Germany with retaliation against German aliens in America. The delegates would also request congressional and church assistance. But first, Wise had to meet with Wells, which he did as well as with Vice President Henry Wallace, Secretary of the Interior Harold Ickes and presidential assistant David Niles. When Wise and his son James met with Secretary of the Treasury Henry Morgenthau, Jr., Morgenthau said when Wise read the “unbelievable cable about the crematoriums in Europe, I think that that day changed my life.”

In The Personal Letters of Stephen Wise, Wise wrote a letter to John Haynes Holmes, a prominent Unitarian minister, pacifist, and co-founder of  NAACP (The National Association for the Advancement of Colored People), and the American Civil Liberties Union (ACLU), informing him about the 100,000 Jews in the Warsaw Ghetto “who have been massacred by the Nazis and their corpses have been used to make soap and fertilizer[the soap and fertilizer part is a myth], leaving him sleepless. “You will say it is all bound up with war. But do remember my dear Holmes, that this war against us began before there was a war, had nothing to do with war, was nor even a cause of war; and you and I and [Harry Emerson] Fosdick,  one of the most prominent liberal ministers of the early 20th century] and any of us, who have some spiritual and moral power, had moved America and Britain and France really to intervene in behalf of slain innocents, the war might not have come. These things have led to war; they have not come out of war. Moreover, Jews, unarmed and defenseless, have been unable to do anything for themselves; and the world has done little, if anything, for them.”

Historian Dina Porat points out that on August 27 and 30, 1942, Richard Lichtheim, the Jewish Agency’s delegate to the League of Nations in Geneva, (and one of the Zionists’ most significant sources of information about the situation in Europe), sent two letters to Palestine providing more evidence significantly surpassing prior accounts of Nazi atrocities. The letters, which reached Palestine after a month, offered reliable evidence of Hitler’s clandestine plan to annihilate European Jewry in death camps throughout Eastern Europe. Recognition of what these letters meant was still not appreciated.

According to Breitman and Kraut, on October 22, Gerhard Rieger and Lichtheim met with Leland Harrison, the senior minister at the legation in Bern, at the request of Wells, to ascertain what additional evidence they had. “Wells repeated interest broke the logjam in Berman and Washington,” asserted  Breitman and Kraut. The next day, Harrison informed Wells that many reports from Jewish and non-Jewish sources, augmented by information from Paul Squire, the American consul in Geneva, revealed the Nazis were clearly dispatching Jews from Western Europe to an unidentified fate in the East. Polish diplomats verified the Jews in Warsaw Ghetto were being permanently removed. Harrison now agreed to help Riegner and Lichtheim and advised Squire they would be welcome at the legation.  Counselor Jerome Klahr Huddle explained to Squire the urgency of the matter. In the meantime, Wells shared Harrison’s ominous cable with Wise.

Porat said that as late as October 25, at a meeting of the Jewish Agency executive, Moshe Shapira questioned the justification for the fear expressed by Yitzhak Gruenbaum, chairman of the executive and one of the most prominent leaders of Polish Jewry, about the survival of the Jews of Europe. To all the rumors reaching Palestine, Shapira responded: “It seems to me that they all contain measures of exaggeration….”

In a letter of November 30, Martin Gilbert quotes Lichtheim criticizing the failure of the Jewish leadership in Palestine to heed his warnings of August 30, September 18, and October 10. There were Jews who had not yet been deported to the “unknown destination,” and who were still restricted to living in ghettos, which was “certainly only a formal step to achieve their starvation and annihilation.” With resentment, he added, “I am under the impression that some of our friends in Palestine have been unwilling to believe what I have to them in numerous reports written during the last six or eight months about the position in Poland and the rest of German-dominated Europe, while these same reports have been read with such attention and have been acted upon in London and New York.”

On November 23, 1942, the Palestine Post ran black-bordered columns to report the “harrowing accounts received by the Jewish Agency Executive in Jerusalem from reliable sources, on the mass murders and slaughter which have been carried out among Jews of Poland and among those from Western and Central Europe deported to Poland.”

Wise received authorization on November 24, 1942. Wise noted that during November, “four sworn statements” reached the State Department from Leland Harrison, the senior minister at the legation in Bern, Switzerland, “fully substantiating Riegner’s reports.” Welles then summoned him to come to Washington, D.C. Suspecting he “might hear the direst tidings,” he asked his son, James Waterman Wise, who was involved with the World Jewish Congress, to accompany him. “Gentlemen,” Welles began, “I hold in my hands documents which have come to me from our legation in Bern, I regret to tell you, Dr. Wise, that these confirm our dreadful apprehensions. For reasons you will understand, I cannot give these to the press, but there is no reason you should not. It might even help if you did.”

Wise immediately called a press conference to report the “startling and ghastly news that had just been imparted to us, that in addition to the two to three million Jews estimated already to have been slain in the camps and their gas—and even gasless-ovens, the Nazi regime was resolved to annihilate the rest of the Jewish population.” He was now authorized to acknowledge the State Department was the source of these “awful tidings.”

Worldwide demonstrations of sympathy were held on December 2, 1942 as more news of the atrocities became known. In New York City, about a half a million Jewish workers stopped their work for ten minutes and many non-Jews joined in as well. Two-minute periods of silence were observed by several New York radio stations, and a special memorial service was broadcast by the National Broadcasting Company (NBC). Cleveland, Pittsburgh, and Los Angles also held memorial services on December 2. Yiddish newspapers in all cities appeared with black borders and demanded the Unite Nations stop the liquidation of the Jews. Many Jewish organizations signed a proclamation summarizing the “extent of the tragedy that had overtaken Jewish life.” The JTA, Der Tog, Forward, Congress Weekly,  Jewish Frontier, Contemporary Jewish Record,  and The New York Times. 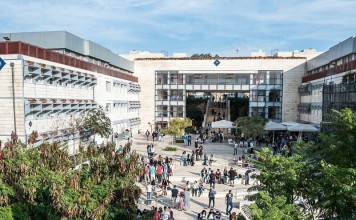 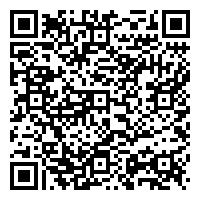