Prime Minister Naftali Bennett said at the start of Sunday’s weekly Cabinet meeting: “This is a very festive day. We are hosting the ‘Negev Summit’ here in Israel. The foreign ministers of Egypt, the United Arab Emirates (UAE), Morocco, and Bahrain will arrive in Sde Boker for a meeting with Minister Lapid and Secretary of State Blinken.”

Bennett added: “For those who have yet to notice, Israel’s foreign relations are experiencing a good period. Israel is an important player on the global and regional stages. We are cultivating old ties and building new bridges.”

The Bennett government is reaping the benefits of 20 years of smart Israeli foreign policy, through four prime ministers, four US presidents, regional civil wars, the Arab Spring, several wars with Hamas and Hezbollah, and Iranian terrorism. Here’s a reminder of how far Israel has come in 20 years.

Twenty years ago, to the day, on March 27, 2002, the leaders of the Arab states convened for an emergency summit of the Arab League in Beirut. Then-Palestinian Authority Chairman Yasser Arafat was besieged in the Muqata in Ramallah, in the midst of the second intifada. The meeting was held to express support for the PA Arabs in Judea, Samaria, and Gaza, and to approve the initiative of King Abdullah bin Abd al-Aziz of Saudi Arabia. The initiative, known as the Arab Peace Initiative, was approved on March 28. It proposed an Israeli withdrawal to the borders of June 4, 1967, the establishment of a Palestinian state, and a solution to the refugee issue – in exchange for the normalization of relations between all the Arab states and Israel.

Today, 20 years later, the Arab initiative is buried under the sands of history, mentioned only by PA Chairman Mahmoud Abbas in his speeches – no one else cares. The PA and Hamas have both been deserted by history, with both relics having to murder civilians for anyone to remember they exist.

Neither Jordan nor the PA are part of the Negev Summit, and both are already becoming smaller in the region’s rear-view mirror as the countries that have accepted Israel are destined to usher in a better future.

PM Bennett was clearly mindful of the changes of the past 20 years when he recalled on Sunday: “Last week, the meeting with President El-Sisi and the Crown Prince from the UAE was a defining moment. Our oldest peace, with Egypt, met the newest peace, that of the Abraham Accords. We are all adding more and more content – diplomatic, economic, and security – to these relations, which have existed for more than a few years, to forge links between the moderate states in the Middle East.”

And he added almost giddily: “I am pleased to see that this will also be continuing at the meeting in Sde Boker.”

The New York Times on Saturday cited Abdulkhaleq Abdulla, an Emirati political scientist, who sounded just as giddy as the Israeli PM when he noted that the groundbreaking meeting – the first involving so many Arab, American and Israeli officials on Israeli soil at once – is evidence of Israel’s acceptance by key Arab leaders. He suggested that the relationship between the United States and its Middle Eastern close allies is about to enter a new phase. “This is a way to show that America’s friends, America’s partners, are speaking to America collectively, rather than individually,” he said. “Maybe that way, Washington will listen to us more on key issues.”

At least three of the participants in the hastily-organized Negev Summit share trepidations about the 900-pound mullah in the room.

“There is a player in the Middle East that is creating violence and obstacles and there is one that is pushing for cooperation, prosperity, and peace,” Bennett told his cabinet on Sunday. “The Arab world understands more and more that Israel has always been on the side of peace and cooperation. I would like to welcome all those who are coming here. Welcome to Israel! We are very pleased and moved to welcome you here; our door is always open.”

He continued: “While we are discussing peace, there is a player that does not cease warmongering and lighting fires. We received another reminder of this over the weekend in the attack by the Houthis, who are managed by the Iranian Revolutionary Guards, against Saudi Arabia. The thought that this organization will be removed from the terrorist list, from the FTO, is very disturbing and not just to us. We are still hoping and working toward preventing this from happening.” 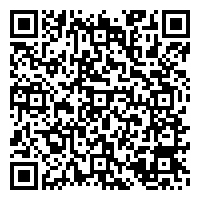