In her recently translated book “The Crime and the Silence” (Farrar, Straus and Giroux, 2015), Polish journalist Anna Bikont chillingly details the murder of at least 600 of the Jews of Jedwabne, Poland in July 1941 by their Polish neighbors. Drawing upon official documents, eyewitness accounts and interviews with the surviving perpetrators themselves, Bikont describes how many of the Jews of the town were herded into a barn and burned alive by their Polish neighbors.


For over sixty years after the killings, Polish responsibility for these murders was suppressed. In 2001, the Polish-American historian Jan T. Gross set off much soul-searching and debate with his publication (Princeton University Press) of the massacre in Jedwabne entitled “Neighbors.” Bikont’s re-examination of the killings in Jedwabne reveals that Polish participation in these killings is denied and hushed up (“The Silence”) even today.

The Soviets, according to the terms of the Molotov-Ribbentrop-Pact, had occupied eastern Poland from the fall of 1939 until July, 1941. Through Operation Barbarossa, the Soviets were expelled from eastern Poland by the Germans, and the reign of terror for the Jews of north-eastern Poland began.

Wikipedia’s Continuing Denial of the Truth

The 23 cited Polish towns and villages all have listings in the English and Polish Wikipedias.
The English Wikipedia Articles
Although some of these articles in the English Wikipedia are small, there is in general silence about the Polish participation in the murder of Jews in their own towns and villages. When the massacre of Jews is mentioned, the Germans are blamed. What is more shocking, in some there is outright denial of the massacres, with the implication that the Jews are responsible for their own deaths by supposedly cooperating with the Soviets thus eliciting the enmity of the Poles.

The town of Stawiski, Poland is 8 miles from Jedwabne and is in close proximity to the other towns and villages in northeast Poland that Bikont mentions as sites of massacres of Jews by their Polish neighbors.

The memorial (yizkor) book for Stawiski (published by the Yizkor Books Project of JewishGen, an on-line organization dedicated to Jewish Genealogy (JewishGen.org).and available through Amazon.com) contains several accounts of the murder of the Jews of Stawiski.

In early July, 1941 the Jews of Stawiski were forced by their Polish neighbors into the town marketplace. There they were harangued by the anti-Semite Jozef Wietszork who ended his speech by the infamous Polish motto “Attack the Jews.” The Polish inhabitants of Stawiski set upon them with wooden sticks. At 11 PM Polish farmers from neighboring towns came to Stawiski and attacked the Jews with wooden sticks and metal rods the Jews were bloodied and murdered. The Germans allowed the farmers 20 hours to execute judgment upon the Jews. Over 300 Jews were killed by their neighbors in Stawiski and by Polish farmers of surrounding towns. (See accounts by Yehuda Chiwicho, Chaim Wilamowski and Chava Fuks in the Stawiski yizkor book).

So what does the article about Stawiski in the English version of Wikipedia say about the pogrom?

The Stawiski (Stavisk as the Jews called it) article in the English Wikipedia is three pages long, including an almost page-long history of the town. It is an egregious example of denial and minimization of the Polish involvement in the killings and blaming the Jews for causing their own deaths through collaboration with the Soviets. According to the article, after the Soviet invasion “The local administration was abolished by the Soviet NKVD and replaced with Jewish communists….Ethnic Polish families were being rounded up by newly formed Jewish militia and deported to Siberia.” “A German Eisenatzkommando unit…on July 4-5 1941…massacred 700 local Jews…some Poles were led to acts of revenge killing in German presence (approximately 6 suspects).”

Stawiski is my father’s hometown (shtetl). His father, mother, sister, brother and extended family from Stawiski perished in the holocaust. I personally had tried on at least three occasions to correct the seriously flawed Stawiski article by referencing Jan T. Gross and the accounts in the Stawiski Memorial Book (Bikont’s translated book had yet to be published). On each occasion, the author of the Wikipedia Stawiski article immediately wiped out my edits.

Another example…W?sosz is located 12 miles northeast of Stawiski and was mentioned by Anna Bikont as one of the towns in which Polish citizens murdered their neighbors. . W?sosz has only a very short article in the English version of Wikipedia, but there is a long article on the W?sosz Pogrom in World War II in Wikipedia. This article cites as justification for any pogrom against the Jews (supposed) Jewish participation in militias that “collaborated” in deportations of 1.5 million ethnic Poles to Siberia. Despite the enmity implied by the charges against the Jews, Polish participation in any massacre of Jews in W?sosz is denied in this article, with the blame shifted to the German Gestapo.

Surprisingly, the Polish Wikipedia articles evidence greater willingness to admit Polish participation in massacres of Jews. .Most Polish Wikipedia articles for these towns and villages do not mention Polish participation in massacres of Jews, or when these killings are cited, and/or indicate the Germans have sole responsibility.

The Stawiski and W?sosz Polish Wikipedia articles have no mention of massacres in WWII at all.

Both the English and Polish Wikipedia have articles on the massacre in Jedwabne—the English article is quite long (10 pages). The English article in Wikipedia acknowledges Jedwabne residents’ participation in the murder of their neighbors (as does the Polish article), but estimates the number of Jews killed in the barn and the town marketplace to be about 340 or so—far fewer than estimated as being murdered by Jan T. Gross (minimally 1600 Jews) and Anna Bikont (600-900).

In July of 2001, on the 60th anniversary of the Jedwabne massacre, the Polish President, Aleksander Kwa?niewski attended a ceremony at Jedwabne where he made a speech stating the murderers were Poles whose crime was both against the Jewish nation and against Poland. According to Anna Bikont, only four or five residents of Jedwabne attended the ceremony.

In the woods outside of Stawiski there is a memorial tablet (dated July 22, 1964) which reads: “This is a place of martyrdom of 700 inhabitants of Stawiski, murdered by Nazis, July 1941.” There is no mention that the murdered were Jews, or that the murderers were (predominantly) their Polish town neighbors, denials which persist until today. 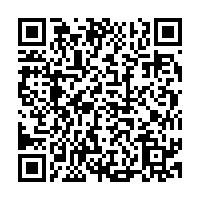