Haifa – When Aya Almasal, 12, left her Gaza home approximately one month ago and headed for Rambam, she didn’t know that this trip would save her life. For several years Aya had suffered from sudden bouts of unconsciousness, and her doctors couldn’t find the cause. About a month ago, Aya set out for Rambam to treat this problem, which had accompanied her since birth. Upon leaving Gaza, she felt ill and the situation steadily deteriorated. As the girl neared Rambam, in Haifa, her heart stopped working and she was, in effect, dead. After repeated attempts at resuscitation, the girl’s heart began to pump and she arrived at Rambam, artificially respirated and in serious danger. At the hospital, Aya was diagnosed as suffering from Long QT Syndrome, a disorder of the heart’s electrical system that causes irregularand rapid heart rate, and had prevented blood from reaching her brain. This had caused Aya to lose consciousness suddenly, and could have killed her.

Shortly after the diagnosis, Aya was hospitalized in Rambam’s Department of Pediatric Intensive Care, where she remained for a week. Doctors there stabilized her condition, and Dr Munder Bolus, director of the Unit of Electrophysiology implanted her with a defibrillator pacemaker. Accompanying drug treatment, the pacemaker supplies an electrical shock which ‘jumpstarts’ the heart during irregularities. After almost a month of hospitalization, Aya felt better, was discharged last Thursday (February 2) and returned to her home in Gaza, standing on her own two feet.


According to Aya’s treating physician, Professor Avraham Lorber, who is head of Rambam’s Department of Pediatric Cardiology and Adult Congenital Heart Defects, Long QT Sydrome is a widespread heart defect that can be controlled with appropriate treatment. “Aya will need a pacemaker all her life,” said Prof Lorber. “She will be monitored to be sure the pacemaker and battery are working correctly.”

Fortunately, Aya had arrived at Rambam in time to receive life-saving treatment. But the girl did not have to die in order to live. Aya’s congenital defect should have been detected earlier. “Every year we treat a number of children with these types of problems,” says Prof. Lorber. “Some patients are diagnosed when they seek treatment for their irregular heart rates, and others in regular check-ups. This early detection of life-threatening problems illustrates the far-ranging implications of preventive medicine.”

Rambam’s Department of Pediatric Cardiology and Congenital Heart Defects treats a wide range of disorders, like Aya’s. A large number of patients,
some 650 children and youth, arrive from neighboring countries and are treated on a humanitarian basis. A number of Palestinian patients are
currently at the department, among them a three-week old infant scheduled for heart surgery, and a 40-day old baby who needs a stent procedure. “Other Palestinian patients are now receiving treatment here or will soon be transferred to Rambam,” states Prof Lorber. Our experience in general
medicine, and in cardiology, specifically, allows us to help most of these patients.” 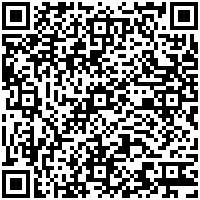