Originally published at Rubin Reports.
I’m surprised that the following coincidence was not connected to Purim. Once again an Iranian tyrant is threatening countries in the region, and it isn’t just Jews that are worried. In an absolutely remarkable historical event, President Shimon Peres delivered a speech to 29 representatives from Arab and Islamic states via satellite. Do not kid yourself; this would not have happened if the Egyptians, Saudis, and others hadn’t thought that the U.S. had sold out the Sunni Arabs.

“Everybody understood that this was something historic: the president of the Jewish state sitting in his office in Jerusalem with an Israeli flag and the foreign ministers sitting in the Persian Gulf discussing security, the war on terror and peace,” said one of the Arab organizing officials.


There are three themes to Peres’ speech. The threat of Iranian nuclear weapons on all the region’s nations, the dangers of radical Islamism, and the usefulness of making peace with Israel (of course he would talk about peace with Israel, but notice that this is not within the context of the Iranian threat). Another easy thing to miss is that simultaneously, the Israeli government said it would provide further details of how close Iran is to obtaining nuclear weapons. Another point that might be missed is the implication that Israel will share nuclear intelligence with other Arab-Muslim nations.

At a meeting between an Israeli ambassador and a very high-ranking Saudi official, the latter said, “Jerusalem must be liberated and Palestine must be an independent country. Okay, that’s out of the way, now let’s talk about everything else.”

The Arab-Turkish cooperation forum is still stalled. When Erdogan became prime minister, Turkey had good relations with Israel against the Arab states. Yet Erdogan is a Sunni Islamist supporting revolutionary Islamist groups, including the Muslim Brotherhood and Salafists. Because of this, he switched from relative support for Israel to support for revolutionary Islamists. But note the cost: This month a parliamentary candidate is openly running in a Marxist-Kurdish party. And in fact, the Kurdish Worker’s Party has been strengthened, especially in Syria.

There is, however, something more here, and believe it that the Saudis will listen and hear that the bill has been presented and Turkey expects to pay. At the same time, the Turkish ambassador has been expelled from Egypt, and Gulf Arabs are increasingly worried about continued Turkish support for the Syrian insurgency. In other words, Israel may claim the new Middle East politics better than Iran and even better than the United States. Obviously, Israel and Saudi Arabia are not going to carry out a joint attack on Iran or take any other drastic measures. Yet this may lead to other positive developments. Just don’t forget the old pattern. In a television broadcast, a senior Kuwaiti mullah said:

“Oh servants of Allah, how saddening and very painful it is to see many Muslim youths glued to TV screens at cafes or at home, passionately watching entertainment shows, like the football World Cup, in despicable subjugation to the abominations of the other nations–as if we were not a nation with a brilliant history and a lofty civilization…The Jews were successful in preoccupying the Muslim youth–except those protected by Allah–with the most inane matters, distracting them from important things…” –Shaykh Abd al-Muhsin al-Mutairi

None of this has changed the politics. It is for Arab public consumption. It would be too hazardous for an Arab government to accept Israel’s nationhood.

Finally, note that since Egypt is angry with Hamas–and Egypt and Israel are keeping peace in the Sinai–Hamas has more limited wartime capabilities. And Hizballah–because of its participation in the Syrian civil war–wants to avoid armed conflict with Israel. This situation seems to be the best that can be achieved in the region. 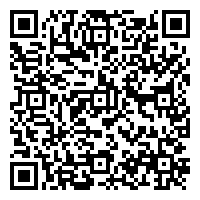