Earlier this week Israeli newspapers reported that President Shimon Peres had been invited to speak at the Gulf Arab Security Conference in Abu Dhabi attended by 29 high-ranking ministers from Arab and Muslim countries. Peres, who spoke to conference attendees from his office in Jerusalem, focused on combating Iran’s nuclear program and Islamic extremism, urging Arab leaders to turn their attention toward building a dialogue for peace between Israel and the Arab world.


“There was a lot of excitement from both sides about Peres’s address,” an Arab official associated with the event told Yediot Aharonot.

“Everybody understood that this was something historic: the president of the Jewish state sitting in his office in Jerusalem with an Israeli flag and the foreign ministers sitting in the Persian Gulf discussing security, the war on terror and peace.”

Peres’s address coincided with the statement on Fox News by Michael Hayden, former head of the National Security Agency and director of the CIA during the George W. Bush administration, that the Iranians are “far too close to a nuclear weapon,” and that the interim agreement signed in Geneva by the P5+1 powers will eventually lead Iran to becoming a “nuclear threshold state.”

Netanyahu and Saudi leaders have reportedly lost confidence in Obama’s diplomatic gambit and believe the White House is on the verge of accepting the inevitability of a nuclear Iran.

In a last-ditch effort to prove to President Obama and the leaders of France, Germany and the UK that Iran is lying about the military aspects of its allegedly peaceful nuclear program, Netanyahu has reportedly ordered Israeli military intelligence and Mossad teams to find irrefutable evidence of Iranian subterfuge.

An Israeli intelligence operative told the Sunday Times of London, “Everyone has his own view regarding the Geneva agreement, but it is clear that if a smoking gun is produced, it will tumble like a house of cards.”

Israeli agents are focusing on three aspects of Iran’s nuclear efforts including secret nuclear enrichment locations, bomb-building blueprints and the expansion of ballistic missile sites that could deliver a nuclear weapon.

At the same time, there have also been reports in the Arab media that Saudi Arabia’s intelligence service may launch a cyber attack upon key Iranian installations associated with the Islamic Republic’s nuclear program. 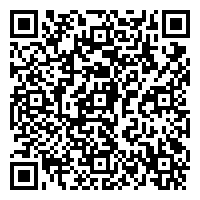