Secretary of State Hillary Clinton’s said some very interesting and revealing things in her appearance at the Saban Center’s gala dinner, November 30. They are, however, being quoted out of context. Let’s look at what she actually said in some detail for a sense of how the Obama Administration’s highest-ranking foreign policy official and a future presidential candidate thinks about this issue.


Let me note also that the statement was made at an institution that might be considered friendly to Israel and thus Clinton might have skewed her remarks to be more fair to that country than she would in a regular international forum.

In answering a question, Clinton went into some detail about the problems facing a two-state solution and peace. Remember she is speaking extemporaneously.

Here Clinton is pointing out that the Palestinians have repeatedly rejected getting a state, that’s why they didn’t have one years ago. I cannot imagine Obama saying this kind of thing.

There’s something important in this passage that no one has noticed. For the first time ever, Clinton publicly and explicitly acknowledged that the freeze did not cover East Jerusalem. Why, then, did Vice-President Joe Biden throw a temper tantrum when an Israeli zoning board cleared some future construction there? At the time, the U.S. government repeatedly implied that Israel violated the agreement, which it didn’t. Now Clinton admits that.

Incidentally, the Obama Administration did nothing when the Palestinian Authority refused to negotiate seriously despite the freeze on construction.

Clinton continued, and this is also revealing:

“And I stood on a stage with him at 11 o’clock – Israelis always meet late at night, I don’t understand it – (laughter) – but 11 o’clock at night, midnight, and I said it was unprecedented for any Israeli prime minister to have done that. I got so criticized. I got criticized from the right, the left, the center, Israeli, Jewish, Arab, Christian, you name it. Everybody criticized me. But the fact was it was a 10-month settlement freeze. And he was good to his word. And we couldn’t get the Palestinians into the conversation until the tenth month.”

I cannot remember anyone criticizing her for this statement. It was small enough reward to Netanyahu for a major domestic political risk and a concession which in the end brought no progress for peace and no gratitude from the White House. But what Clinton says now does reflect the Western view that if you bash Israel it has no cost and if you praise Israel it is going to hurt you. I wonder if this is also a hint that Obama wasn’t happy with her praise for Netanyahu.

Thus ran her praise for Israel’s efforts. So then, in the spirit of evenhandedness embraced by recent presidents in place of a former pro-Israel policy, she has to balance out this statement. When a Democratic politician has to be hyper-sensitive about saying something nice about Israel it tells you how much things have shifted in that party and in the “liberal” context:

“I’m not making excuses for the missed opportunities of the Israelis, or the lack of generosity, the lack of empathy that I think goes hand-in-hand with the suspicion. So, yes, there is more that the Israelis need to do to really demonstrate that they do understand the pain of an oppressed people in their minds, and they want to figure out, within the bounds of security and a Jewish democratic state, what can be accomplished.”

Israelis have missed opportunities. Really, like what? If she’s aware of real ones Clinton can provide examples but while it is easy to list two dozen Palestinian missed opportunities—i.e., Israel was ready for real peace and they weren’t—the effort to provide some opposite example always turns out to be illusory.

Lack of generosity: This is shameful. First of all, since when is generosity an international diplomatic norm? Against what other country or people would she dare make such a statement? On further consideration, if generosity means being nice or making unilateral concessions to enemies that wish to destroy you, then the Obama Administration is very generous.

But in fact Israel has been generous. It has freed large numbers of Palestinian prisoners to get back kidnapped Israelis; it let around 200,000 Palestinians come to the territories after 1993; it has used much less force than it might have; it has largely ignored continuous incitement against itself and not responded in kind. The list is a long one.

Prime Minister Ariel Sharon, not exactly a left-winger, even fully withdrew from the Gaza Strip and dismantled Jewish settlements in large part to give the Palestinians a chance to develop that area, see that Israel did not want the territories and sought to provide an opportunity to build a basis for peace.
Who in the world has been generous toward Israel?

Lack of empathy: This is really low on Clinton’s part. In schools, Israeli kids learn about Palestinian grievances. Israel television showed a multi-part history documentary that showed the Palestinian viewpoint. In Israeli newspapers, and every other medium Palestinians are interviewed and an honest attempt is made to portray their standpoint, sometimes indeed with more sympathy than is showed to Israel’s government.

Every Israeli leader, except those on the right-wing fringe, is perfectly aware of the Palestinian case and complaints. To cite only one example, Ehud Barak once said that if had been a Palestinians he would have been a fighter in Fatah. No country in modern history has shown more empathy to its enemies.
Can anyone cite a single example—a speech, an article—on the Palestinian side that has shown any shred of empathy?

Finally, “oppressed people” and this is the most important point. If the Palestinians are an oppressed people who is oppressing them? Here we see how the Obama Administration has, at best, accepted the European version of the anti-Israel narrative. If the Palestinians keep turning down peace offers how is Israel responsible for their “oppression”?

If they are oppressed it is by their own leaders. Who oppresses the population of the Gaza Strip.

And once you have “the pain of an oppressed people” it is a short step toward believing that terrorism and intransigence is just an expression of that pain, rather than the cause of it.

“And I think that, unfortunately, there are more and more Israelis and Palestinians who just reject that idea out of hand: Why bother? Why try? We’ll never be able to reach an agreement with the other. But in the last 20 years, I’ve seen Israeli leaders make an honest, good-faith effort and not be reciprocated in the way that was needed.”

But here, too, there is a disproportionate idea. Relatively few Israelis reject a two-state solution out of hand. The dominant idea today is: We want a two-state solution but the other side doesn’t. On the Palestinian side, virtually none of the leadership is prepared to implement an achievable two-state solution. Indeed, they increasingly talk of a one-state solution (total victory and Israel’s destruction), an approach that is never heard among Israeli leaders.

What is objectionable is not that she criticizes Israel—she could cite various things like insufficient energy in dismantling outposts or being too permissive toward settlements—but the criticisms she makes. They all fall into the current dominant Western view that the world’s problems are caused by greedy, aggressive, unempathetic white people who oppress everyone else. Implied here is that the only solution is that such people take risks, make unilateral concessions, pay money, and continually apologize for their sins.
And that’s a formula for disaster, not only in U.S. policy toward Israel but everywhere else.

I say all this not to complain about unfair double standards or even to respond to Clinton. That is a waste of time. What’s important here is to show how her mind works and that of a large portion of the Western elite. Her remarks are not as bad as they sound when taken out of context. She does try to be balanced—though an attempt at equidistance is not exactly showing strong support for Israel—and also does—unlike Obama—criticize the Palestinians. Yet in policy terms at the very moment of culmination for a Palestinian Authority three-year effort to wreck any peace process by unilateral independence and when Hamas has decided the moment has come for a jihad backed up by the Islamist tidal wave in the region, Clinton and the Obama Administration are obsessed with Israel not making even more concessions. 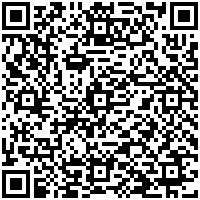