A lot of people have asked the purpose of Israel’s defensive war against Hamas. Some, including those supposedly expert on the region, have been mystified. They cannot seem to figure out what is going on or what the goal of this Israeli operation could be.

The answer is simple. Given the premise that Hamas is in a permanent state of war with Israel and will attack Israel whenever it can get away with it, Israel needs to do three things.

First, show Hamas that it cannot daily attack Israel and Israeli civilians without a cost.

Second, show Hamas that the cost is unsustainable and that it needs to keep the peace or suffer massive losses to its governmental, economic, and military infrastructure. This includes a personal cost to those who have taken the lead in attacking Israel and especially to those who have organized terrorist attacks against Israeli civilians.

Third, remove from Hamas the means of making war by destroying its rockets, missiles, and other weaponry. Of course, they will rebuild but it is better to have an enemy that must start over again from near-zero than one that is adding thousands of weapons onto the thousands it already possesses, including the addition of more advanced arms and especially longer-range missiles.

Ending the current fighting in the Gaza Strip is also simple. There are two requirements: an international willingness to do it and an important decision from the new Egyptian government.

Ideally, the world would help overthrow the illegal Hamas regime that represses people in the Gaza Strip and repeatedly drags them into costly and losing wars with their stronger neighbor. But that’s not going to happen. So the next best-thing is a ceasefire that will last several years at least. While Hamas still has ties with Iran, and some factions are closer to Tehran, the Gaza regime’s real patron is Egypt. Both places are ruled by the Muslim Brotherhood.

We have been constantly told that the Muslim Brotherhood regime in Egypt is really moderate. The Obama Administration helped put that government into power. Yes, it won elections but from January 2011 onward, Washington basically backed the Brotherhood in a number of ways. The U.S. government has constantly defended the Brotherhood as being moderate and criticized the Egyptian military when it tried to keep that group out of power.

So the Egypt government supposedly wants to focus on domestic affairs and doesn’t want to be dragged into war with Israel. It is being given huge amounts of goodies without any apparent conditions. This includes a staggering $6.4 billion in loans from the European Union; $4.5 billion from the International Monetary Fund, and $450 million from the United States, plus another $1 billion plus in U.S. military aid.

Perhaps Egypt can do something in exchange for all of this political support and money, including loans that will never be repaid. Let Cairo make clear to its Hamas clients that it wants a real ceasefire and does not accept Hamas periodically firing large numbers of rockets, missiles, and mortars, plus cross-border attacks, on Israel. Egypt wants quiet in order to deal with its tremendous problems of poverty, pending bankruptcy, and also the regime’s program to turn Egypt into an Islamist state.

I could add cynically—but accurately—that it also wants time to lower the status of women, install ever-larger amounts of Sharia law, and intimidate Christians into servitude. But these things apparently don’t really bother the West so they are going to happen any way without real leverage being applied.

Egypt can let all the food and goods anyone wants to enter the Gaza Strip across their mutual border. It can at the same time prevent the crossing of weapons, including motors for rockets and Iranian-made missiles. The Cairo government can help Hamas raise the living standards in the Gaza Strip as high as it wants without helping it destroy them by going to war. The truth is that the Egyptian government may issue statements to a credible Western media from time to time that it’s cracking down on the smuggling of arms into the Gaza Strip but that regime actually needs to do something real.

The same applies to permissiveness toward cross-border raids from Egyptian territory into Israel. Again, there have been lots of Western media items about how much Egypt is doing to stop such attacks or arrest those involved. The problem is that these efforts have been token ones mainly directed at ensuring the terrorists don’t attack the Egyptian military and don’t launch operations too often.

There has been a lot of talk in ruling circles in Egypt about revising the peace treaty with Israel. Well, Israel is open to negotiating an increase in the level of Egyptian military presence in the eastern Sinai as long as the additional soldiers are stopping smuggling into the Gaza Strip and the use of Egyptian territory to attack Israel instead of taking bribes and looking the other way, or even helping the terrorists.

One is free to look at such a solution in two ways. If you want, you can believe that Egypt really is ruled by moderates who put peace and prosperity over jihad in their priorities’ list or, alternatively, it is equally okay to think that the Muslim Brotherhood regime in Egypt is quite radical but that its interests dictate restoring calm and avoiding war for several years to come even though they would prefer otherwise.

What makes the difference is Israeli credibility, willingness to defend itself, and ability to do so effectively.

It is now the job of the United States, whose president has spoken and acted as if the government in Egypt is his client, and all the vaunted leverage that the U.S. government says it has gained in the Arabic-speaking world through various actions over the last four years. America and Europe need to use the aid and backing they have given to Egypt as a way to get something in return.

Israel is refraining from a ground attack at the urging of Western countries, and especially the United States, if it eventually gets something in return.

So far, Hamas has been turning down the efforts by Egypt and Qatar to broker a ceasefire, making huge and ridiculous demands. Hamas is banking on the idea that the suffering of Gaza’s people–a suffering that it adds to and fictionalizes–will bring enough Western sympathy to force Israel to stop fighting without conditions. It is not in anyone else’s interests to let this happen. 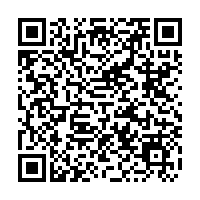