Even after operation Pillar of Defense is complete, it will be a long time before they play major league soccer in the Gaza strip. Last night Gaza’s “Palestine” International soccer stadium was among dozens of targets bombed by AIF.

On Saturday night, F-16 fighter planes opened fire on the site, leaving four large holes in the playing surface, while causing severe damage to an indoor hall and an adjacent building of the Ministry of Youth and Sports.

Then, last night, according to Palestinian reports, three rockets hit the stadium – and caused even more damage. It was also reported that a woman who lives in a house adjacent to the stadium was wounded by shrapnel.

The IDF said that Hamas made cynical use of the stadium, using the grass field as a launch pad for rockets fired at Israel. “Terrorists fired rockets into Israel hid under the grass turf a large arsenal of weapons,” a military source told Israel TV Channel 2.

IDF Spokesman Yoav (Poly) Mordechai said this morning that the IDF “attacked the Gaza City Stadium after receiving clear information about it being used for firing rockets, which once again shows the use being made by terrorist of civilian centers.” 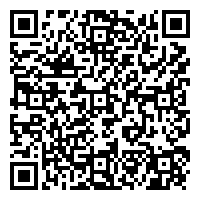