A few years ago in Amsterdam I was shown the most popular manual published in the Netherlands, in Dutch, on how to raise one’s children as proper Muslims. The book included virulently anti-Semitic passages, based on Muslim holy texts. After the Jewish community objected, the authorities forced the publisher to put white tape over the offending passages. The tape could easily be peeled off by purchases so that these words could be read.


Separately, consider what has just happened. A Turkish-Dutch researcher publicized a record of systematic anti-Semitism among other Muslims in the Netherlands, including a dramatic video that showed teenage boys calling for genocide and praising Hitler.

What happened? The researcher, Mehmet Sahin, had to go into hiding after being accused by others of being a Jew and a Zionist.

The growing anti-Semitism in Western Europe is like that. The European Union, governments, and the media paste a white tape over the problem to conceal it or pretend to do something about it. But when one peels back the tape the hatred is revealed as growing and being passed onto the next generation.

While one doesn’t want to exaggerate rising anti-Semitism in Europe – mostly from Muslim immigrants and their children but facilitated and even reflected by the increasingly intellectually hegemonic left – the growth of anti-Jewish hatred is enormous. Some people view this as fear-mongering, pointing to other developments that show the glass to be half full. Indeed, the hostility of European governments toward Israel has often been exaggerated. The situation is actually better than it was 20 or 30 years ago.

Yet the broader question is one of social trends and the behavior of institutions, especially the mass media and universities, which are generally becoming not just critical but viciously so of Israel and periodically Jews generally.

Take the Netherlands, a mild-mannered country that prides itself on moderation in all things. Traditionally, the Netherlands was friendly to Israel and while it has always had its anti-Semites and even, historically, fascists, it had far less proportionately than other European countries during the last half-century. In other words, if things are bad in the Netherlands, they’re really bad.

Last year, the chief rabbi of the Netherlands spoke in a published interview in which he spoke extensively about his love for the country, the good treatment of Jews there, and other such points. Asked at the end, however, whether there was any future for Jews in the country he said, “No,” and advised the community to move to Israel.

That doesn’t mean the Netherlands is a maelstrom of anti-Semitism. It isn’t. But there’s a growing anti-Semitic sector which consists of two parts: Muslim immigrants and their offspring, and the far left that is so often dominant in the Netherlands –as in other Western countries.

The Dutch government, unlike others in Europe, has defined Hezbollah as a terrorist group and while less favorable to Israel than its predecessor remains on good terms with Israel. Yet shocking slanders appear about Israel in the mainstream Dutch media.

To cite just one example, on March 17, 2010, NRC Handelsblad, Holland’s most prestigious newspaper, published a front-page article claiming the “Israel lobby” was threatening to defeat President Barack Obama’s health plan to blackmail him regarding his Israel policy. While statements on other matters by Israel’s government are evaluated in a cynical way, the basis for this story was a single left-wing blogger.

An observer who wants to avoid exaggerating the problem warns about: “A rising tide of anti-Semitism that the top level is unwilling to address out of a fear of being labeled a racist or out of a fear of losing the all-important Muslim vote,” which is vital for the Left in elections. There is no effective opposition in the political sphere. The center dithers; some on the right speak out but do nothing effective.

A Dutch person involved in inter-communal work adds: “I know many upstanding young Muslims who are as appalled by anti-Semitism,” and these voices should not be forgotten. It should also be remembered that there have been attacks on mosques over the years. In contrast, though, a moderate left politician described in great detail how her family was forced to leave their neighborhood by verbal and at times violent harassment by Muslim youths there.

The Fundamental Fracture the Abraham Accords may begin to Heal 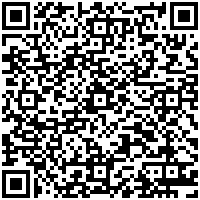