There’s been a strange phenomenon building in the last few weeks that’s been puzzling me. But I’ve just figured it out. Various people—there are many examples so you can insert your own–have been writing that Israel is making some big mistake. It is losing support, especially liberal and American Jewish support, they explain, because of the way it’s been behaving.

What’s puzzling about this is that nothing has actually happened to imply that any great opportunity is being missed that might justify this attitude. There has been no recent turn toward peace by the Palestinian Authority; no great new idea promising a breakthrough; no change in personalities that offers some shocking new opportunity. The regional picture has been getting worse for reasons having nothing to do with Israel; Hamas stronger; and the Palestinian Authority equally intransigent.

Equally, Israel hasn’t done anything new or startling. The most important thing that can be said about Jewish settlements is that Israel hasn’t created any new ones in almost 20 years. True, there has been construction on existing settlements but that’s been going on since 1993 on a fairly regular basis. If anything, I think it has declined in pace and mostly in Jerusalem rather than farther out in Judea and Samaria. And, of course, all the settlements in the Gaza Strip have been dismantled.

One factor that might be mentioned is that the critics are far out of date. They describe the situation as it existed, say, in the 1980s when many Israelis believed that a negotiated deal with the PLO was possible and claimed that rightists were blocking this great opportunity because they were so suspicious of the Palestinians and so fond of settlements. Since then, that proposition was tested and found wanting in the 1993-2000 peace process era. Yet many American Jews and others simply haven’t noticed that things didn’t turn out the way the doves had hoped. To their credit, many of them (and I might as well say “us” rethought our assumptions).

Yet that was a dozen years ago. The behavior of the Palestinian Authority since then and the rise of revolutionary Islamism, among other factors, have underlined the skepticism engendered by the terrible peace process experience. If you claim the right to determine Israel’s fate and put its people’s lives at risks you might be expected to go to the trouble of doing a little research and serious thought on these matters.

So what is the great urgency here, the dramatic change, the Palestinian moderation that offers a real chance for peace, or the Israeli misbehavior that throws away a great opportunity to achieve it? Other than pure perversity, ideological nastiness, or a panic derived from mass media antagonism toward Israel or due to the sharp Obama era turn to the Left, the claim that Israel was doing something reckless which was antagonizing would-be supporters doesn’t make sense.

And then it hit me.

There has just been still another in a long series of polls about what Americans think of Israel and the Palestinians. These polls have been broadly consistent. In 2012, about 71 percent of Americans say they side with Israel, as high as that number has ever been in all of history! And that’s compared to only twenty percent who say they side with the Palestinians, a figure that has been stable now for three years. Here are the numbers from Gallup.

But here’s the point: apparently, Democratic and liberal support for Israel has gone down. The idea of supporting Israel’s control over Jerusalem was at first left out of the Democratic platform, then booed and opposed by a majority of the delegates voting (though undemocratically added anyway by the leadership). Of course, they did the same to mentioning God so Israel is, as so often historically, in good company.

The point, however, is that this isn’t really about Israel itself; it’s about the liberal Democratic intellectual (or pseudo-intellectual) upper middle class milieu of people claiming that Israel is wantonly throwing away support by acting irrationally. After all, these people have a choice in how to respond to the situation:

Option 1: Israel is at fault for losing the Obama cult crowd and a small but vocal increasingly left-wing sector of Americans (many of whom aren’t that thrilled with the United States either) because of something that it has done. If only Israel would show itself ready to take risks for peace, elect a prime minister who was ready to recognize a Palestinian state and give up almost all of the territory captured in 1967, show the Palestinians that Israelis aren’t horrible monsters, let Palestinians rule Judea and Samaria and the Gaza Strip, help them get billions of dollars in aid, and let them create their own armed force to stop the real extremists then peace is possible!

Oh, wait a minute, that already happened. And there were three such prime ministers: Yitzhak Rabin, Shimon Peres, and Ehud Barak.

Option 2: Given an increasingly left-wing ideology that’s based on faulty assumptions and neglects the dangerous radicalism of Islamist forces and other enemies of America, it is the dominant worldview in the mass media, academia, and ruling circles in America that is to blame for turning away from Israel.

Well, these people don’t want to examine their assumptions and change their views. They’d end up suffering for their support of Israel, they’d be out of step with the mob; they might have to—shudder!—step away from what’s popular and “in.” My goodness, they might even have to question Obama’s brilliance and policies!

So it’s not surprising that Option 1 wins out. And the exact same point would apply if you substitute the word America for Israel and revised as required the details.

Hey, do what you have to do to avoid admitting you’re wrong and paying some price for telling the truth. But don’t blame us. 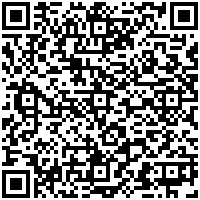