Incidentally, Syria’s Ba’th dictatorship is celebrating its 50th anniversary this year. The best Syrian analyst I can think of, a very honest guy, is Ammar Abdulhamid. I recently read an article he wrote and was struck by how sad the situation in Syria is. He wrote:

Re-legitimating the Assad regime today, after all it had done, will green light genocidal ventures elsewhere in the world. If world leaders are standing helpless in the face of one genocide today, what will they, I wonder, when they are faced with a dozen? The world witnessed similar conditions during the Cold War for sure, but this is supposed to be the post-Cold War Era, the Era of Never Again and R2P, an era where social media is creating deep links between average citizens and realities on the ground everywhere in the world. Allowing for a return of Cold-War-like realities and developments, or, to be more specific, allowing for the start of Cold War II, is a major step backward. It’s a major setback, a major failure, and it will come with a hefty price tag for all.


In other words, he is predicting terrible continued bloodshed in Syria, and the even more depressing probability of more genocide, since the international community is powerless to help. The likelihood is that Syria will become an Iranian colony.

Yet there is a big hole in Abdulhamid’s analysis; that of the fate of moderate Syrians, because for a moderate Syrian, the flip of the coin leads to an unavoidable outcome; heads they lose, tails they lose.

Let me make it plain. There will be mass murder, even genocide in Syria. There is no escape; one group will most certainly be at the mercy of another. Syrian rebels have made it clear they will enforce Shari’a.

I was in Syria once, and the regime soldiers ushered me out politely. In fact, I was riding in a taxi there at the moment Richard Nixon resigned. I remember a moderate Syrian Politician asking me, “Will I see democracy in Syria during my lifetime?”

I stood with my mouth agape, unable to reply. Seeing my jaw drop, he shrugged sadly and said, “Oh well, maybe in my children’s lifetime.”

Many of the Syrian rebels have in fact defected to al-Qa’ida. So much for the “moderates” that the American taxpayers support and arm.

On the other side of the picture, you have not just Russia, but also Iran and Hizballah protecting the Asad regime.

Roughly 40% of the Syrian territory is held by the regime; approximately 40% by the rebels; and about 20% by the Kurds. An estimated 70% of the population is controlled by the regime.

So dangerous and serious is the situation that I must in good conscience make a statement: The United States and the West are working on a solution that will probably end up being a genocidal situation in Syria. Ammar is correct, but either side winning the war will lead to more bloodshed. 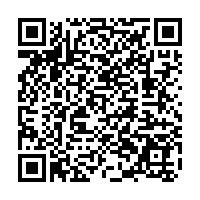