While we see few occasions of consciousness–and certainly few publicly expressed–from Arab and Muslim intellectuals of what is really going on, they still do take place. For example, in a December 30, 2013, interview that aired on CBC TV, Egyptian novelist Youssef Ziedan said:


“We should reconsider our notions regarding the Jewish question. We are not even aware how much this affects us. [Antisemitism] has become a common trade, benefiting all our politicians. Any politician who wants to gain popularity curses Israel, but when he comes to power, he has no problem with Israel. That’s stupidity. That’s stupidity which is connected to the ignorance of the people. We should reconsider this. Nobody looks out for our interests. We should be aware of this.”

In other words, Ziedan shows keen consciousness of political movements and how leaders manipulate them. Basically, the Zionism question is manipulative. The interviewer asked Zeidan, “What did you mean when you talked about ‘Jewish issues’?”

Ziedan replies, “Anything that has to do with the Jewish question: the hadiths adopted from Jewish and Christian traditions, our shared history, the so-called Middle East problem, which I do not consider to be a problem at all.

The Nasserists have been oppressing the people for 60 years under the pretext of the Middle East problem… Wars were fought, and people were killed.

Where does the problem lie? The Jews settled in Palestine and declared their state in 1948. Why did the Jews do that? After all, they had lived in Arab countries. They say that this land was promised to them. They say it appears in the Old Testament, which the Christians also believe in.”

The interviewer responds, “There was also Balfour.”

Ziedan then continues, “Forget about Balfour and his declaration for a moment. We were indoctrinated at school: ‘What do you think about the Balfour Declaration?’ According to the system of ready-made answers, we were expected to respond: ‘He gave what he did not own to those who did not deserve it.’ That’s it. There could be no other answer.”

There are, however, three powerful forces that block this admission.

1. The way this society works, one of dictatorship 2. The repression 3. The way the leadership works

Leaders, systems, rule of the masses, and demagoguery.

Here is a perfect example of this. 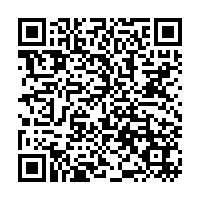