Nearly 350 years after his wrongful execution, a French Jew who had been convicted of a blood libel was exonerated and declared a martyr.

The village of Glatigny in the eastern district of Moselle set the record straight Sunday on the wrongful conviction of Raphael Levy in 1670 for murder. Levy, a simple merchant, was found guilty and burned at the stake for the alleged killing of three-year-old Didier Lemoine for ritual purposes, Le Figaro reported Sunday.

City officials affixed a plaque in Levy’s memory to a public building in the village of Glatigny, near where he was killed. The text refers to him as a “Jewish martyr from Boulay,” Levy’s village, who was “accused of a ritual crime which he did not commit.”

The ceremony was attended by about 100 people, including members of the Jewish community of Moselle, and Joel Mergui, president of the Consistoire – the French Jewish community’s organization responsible for religious services.

“Today we are back to square one, we are reconciled, we resume normal relations with the Jewish community,” the mayor of Glatigny, Victor Stallone, said. “Glatigny was cursed since that time because of a principled prohibition decided upon by the Jewish community.”

Stallone was referring to a decree issued by leaders of French Jewry following Levy’s execution, according to Henry Schumann of the Consistoire’s local branch. Le Figaro quotes him as saying that the Jewish community had declared Glatigny accursed and instructed Jews not to set foot there. 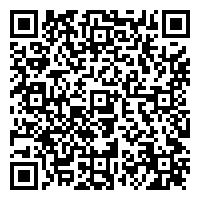